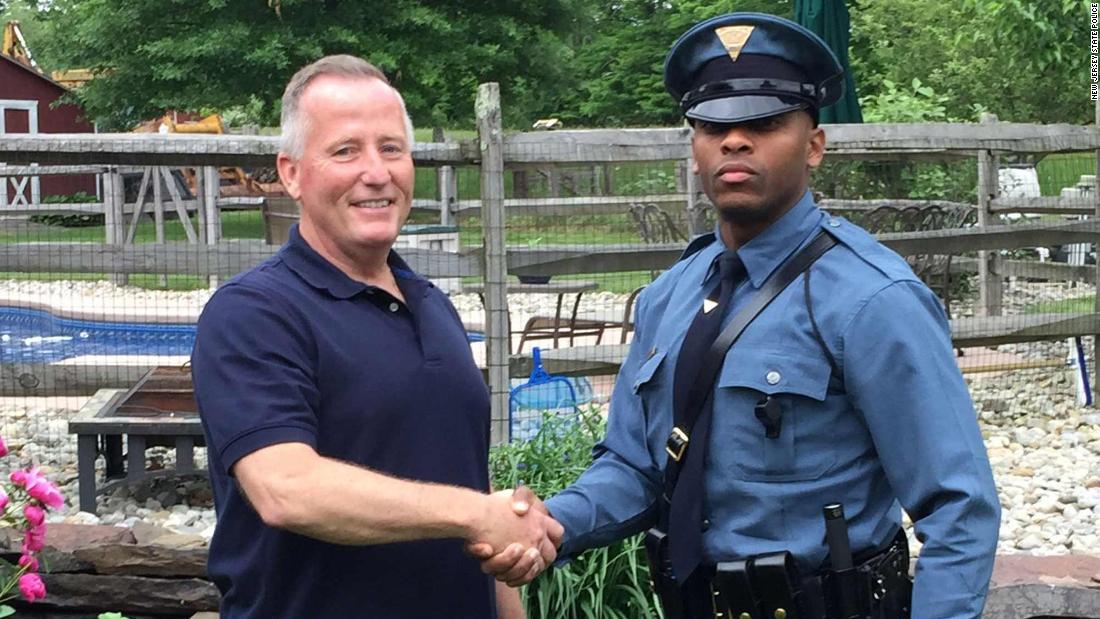 (CNN)A traffic stop led to a surprise reunion between a New Jersey state trooper and a retired police officer who delivered him as a baby.

The men began talking, and Bailly mentioned he was a retired police officer from Piscataway, about an hour away.
It turns out Patterson is also from Piscataway — the first of several coincidences the men would soon discover.
Patterson mentioned the street he grew up on, and Bailly said he remembered it well, because he had delivered a baby there as a rookie.
He even described the house and said the baby’s name was Michael.
The trooper then stuck out his hand for a handshake and said, “My name is Michael Patterson, sir. Thank you for delivering me.”
Bailly first encountered Patterson on October 5, 1991.
Patterson’s mother, Karen, had gone into labor while shopping and was barely able to make it home, according to the New Jersey State Police.
Bailly arrived to help while Patterson’s father called a doctor, who talked the young police officer through the delivery.
After the traffic stop, Patterson brought his mom to Bailly’s home for another reunion.
Bailly was pulled over Friday because of tinted windows on his vehicle and was advised to correct the problem, police said.
He did not get a ticket.