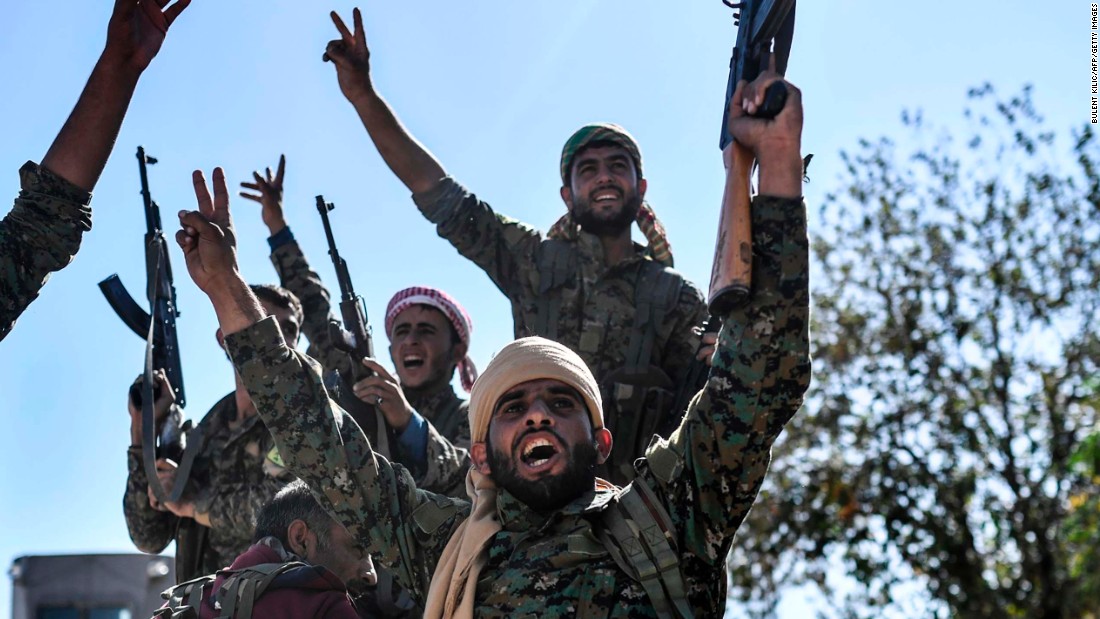 (CNN)US-backed Kurdish and Arab forces say they have captured Syria’s largest oil field from ISIS, the latest in a series of recent setbacks for the jihadists in the east of the country.

Al-Abdullah said SDF forces were working to expel the militants from a nearby neighborhood where they had taken refuge.
In 2014, ISIS seized control of the al-Omar oil field, the country’s largest and most important oil facility, which once had the capacity to produce 75,000 barrels of oil per day.
The terror group has since lost most of the territory it once controlled in Syria and Iraq, including its last major urban stronghold of Raqqa last week.
Dozens of ISIS fighters are now holed up in a small pocket of Deir Ezzor, trapped between the US-backed SDF on the eastern side of the Euphrates River and Russian-backed Syrian regime forces on the west.
The SDF declared the “total liberation” of Raqqa on Friday, which for more than three years was the de facto capital of ISIS.