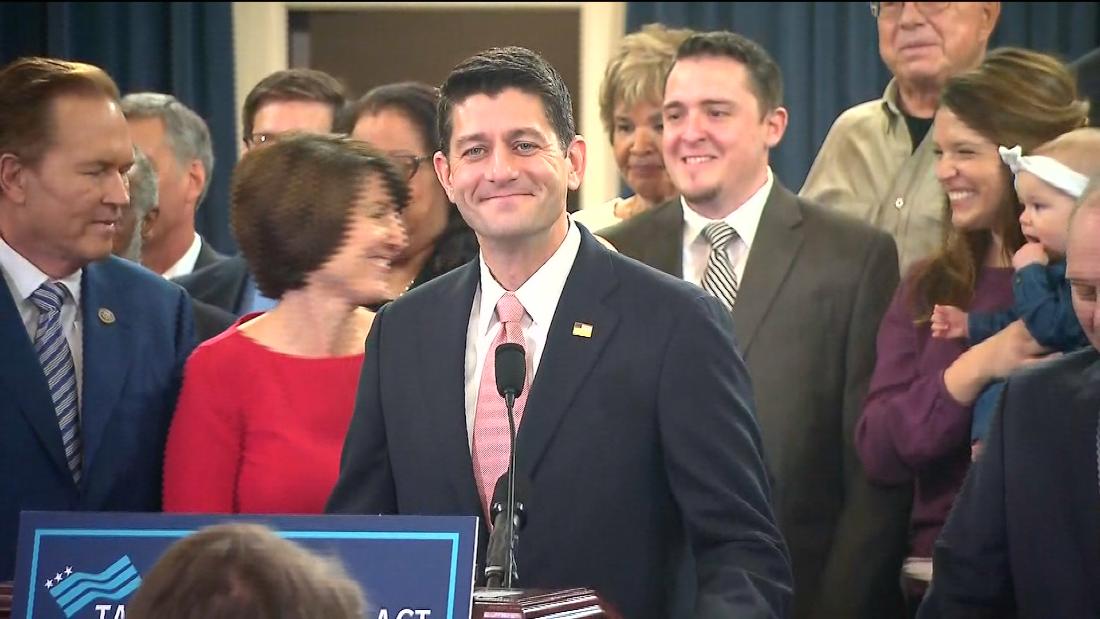 Washington (CNN)House Republicans have a math problem in their current bill, a series of analyses, including from the well-respected Joint Committee on Taxation, that appear to show they will break two of their primary promises with the proposal, and several outstanding issues that need to be solved by next week.

And yet they still feel like they are in a good spot, according to more than a dozen lawmakers and aides.
“I’m shocked, to be honest,” one GOP lawmaker, who said he could accurately be described as traditionally a “troublemaker,” told me Tuesday. “We’ve got some issues, but the blowback isn’t near what I expected.”
He paused.
“You really think that lasts?” he asked me, appearing genuinely curious as to whether others thought the current path toward passage is real.
Bottom line: As of now, both leadership and committee sources think the issues, on both the policy and politics, are manageable. But the real decisions will be made on both in the next 48 hours. So this is about to get significantly harder.

Where the problems are:

No shortage of top GOP officials — House Speaker Paul Ryan, House Majority Leader Kevin McCarthy and Senate Majority Leader Mitch McConnell, for example — have at various points pledged every middle-class taxpayer would receive a tax cut. That’s simply not the case, according to the JCT. Now, particularly in the early years, JCT projects wide-ranging cuts across income levels. Republicans are seizing on that. But in 2019, the JCT finds 11% of households would get a tax increase of more than $100. 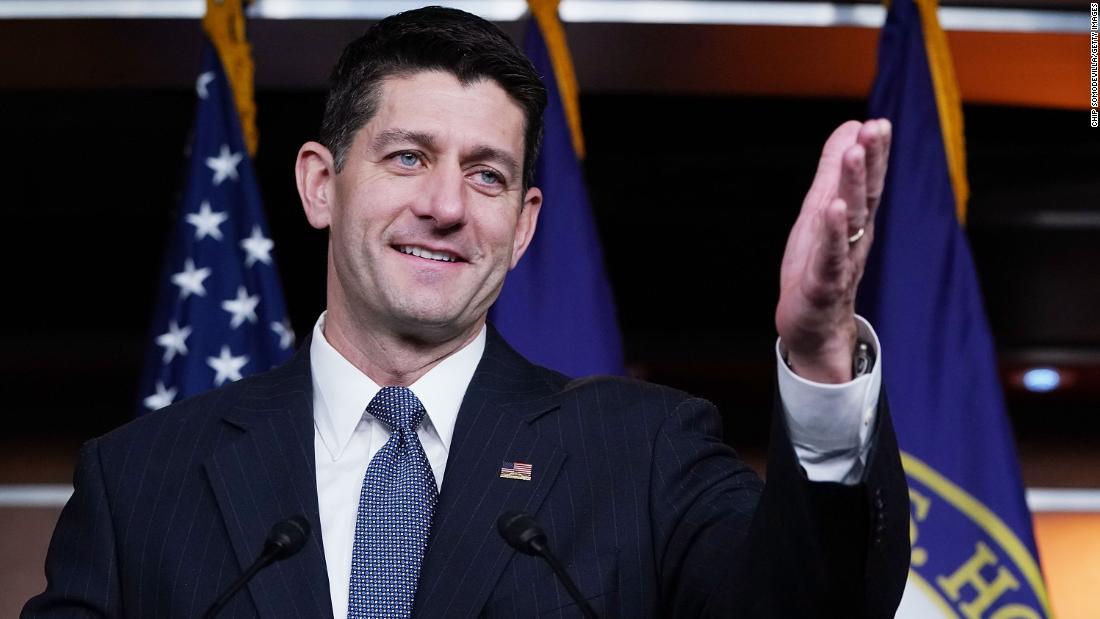 Now move to the end of the decade, as credits phase out and inflation measures reduce the impact of the rate cuts. Nearly one in five US households would get a tax increase under the plan, according to the JCT. Less than half would still be looking at a tax cut.
For explanation, this is in large part a budget issue — Republicans using provisions on the individual side to do what they’re struggling with on the corporate side: provide enough cash to pay for the bill under budget rules. But that makes them vulnerable to Democratic attacks on tax increases, which are coming fast and furious on the committee level right now.

House Republicans have a math problem, according to a separate JCT analysis circulated to members Tuesday night.
Due to changes made to the proposal in committee, most notably a significant change in a 20% excise tax for multinational companies, the bill is now about $74 billion over the $1.5 trillion target for deficits the committee is supposed to hit. And aides acknowledge more changes are coming that will likely add more to that.
So what do they do? Well, they need revenue. 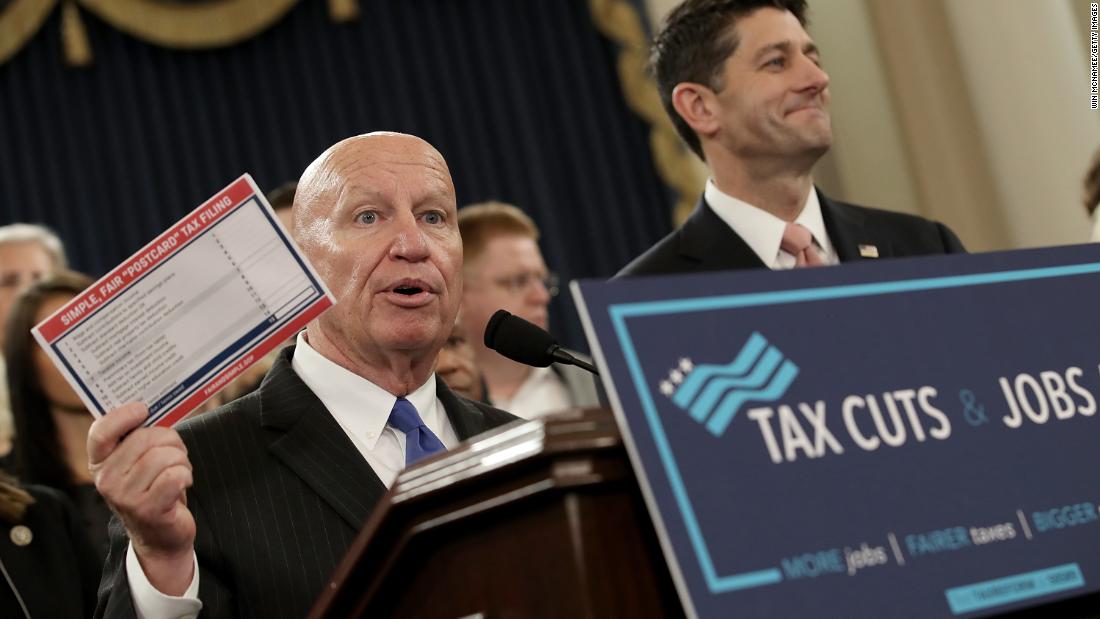 Where can they find it? There’s a reason the repeal of Obamacare’s individual mandate hasn’t been taken off the table yet. As I’ve noted many times, House GOP leaders do not want to bring this into play and Senate Republicans are very unlikely to include it at any point, sources tell me. But it’s a good chunk of change.
Small sidenote: unlike the Senate, missing the deficit target in the House isn’t fatal to the bill, so it’s not do or die. But GOP leaders have pledged to hit the $1.5 trillion target, and right now are in danger of missing it.
Aside on this: That excise tax change, while costly, is a big deal. The business community is outraged. They still aren’t happy with the changes, but it takes a significant problem mostly off the table.

Republicans are “letting Dems punch themselves out,” was how one aide characterized it. Tuesday was just debate and Democratic amendments that were voted down. Everyone is waiting for Chair Kevin Brady’s next substantive amendment, which could come later Wednesday or Thursday morning. Meantime, get ready for a very long day Wednesday as they target the Thursday completion.
Where the GOP votes are: Stay away from whip counts until next week. Even GOP leaders are still at the “soft-count” phase, with too many details left to fill in before they go in for the hard sell or pressure. But at this point there are about five or six House GOPers who are publicly “no” votes on the bill. All are from SALT states, and those votes aren’t expected to change.
Note: GOP leaders can lose no more than 22 Republicans in the House. 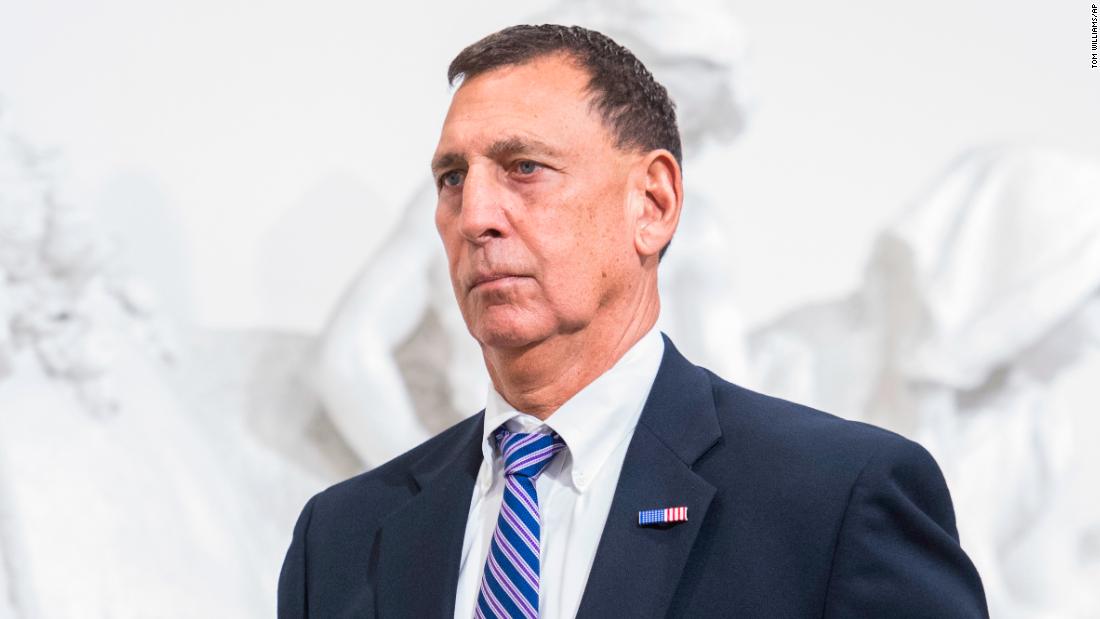 Rep. Tom MacArthur of New Jersey, who was a very key player in the health care talks and a big player in the SALT negotiations, told CNN’s Lauren Fox he is now fine with the SALT repeal in the bill. He calculated the overall economic impact for his district, and given the repeal of the Alternative Minimum Tax, he thinks his folks come out fine. And he told Lauren he’s not the only SALT stater that is in that place now. That’s very good news for leaders.

As we’ve noted many times, there are expected to be several significant differences in the Senate bill. Senate Republicans always planned a full repeal of the SALT deduction. They planned to leave the mortgage deduction alone (dismissing the House GOP cap at $500,000 proposal). And not unlike the House, for cost reasons, they are still very much considering a phase-in of the corporate rate, aides say.
Note of caution: the House also considered a phase in, and at one point, a phase out, for cost reasons. The President was viscerally opposed to the idea. Doesn’t mean the Senate won’t do it, but as one House GOP member told me last night of a possible Senate phase-in of the corporate rate: “Good luck with the Big Guy on that one.” He, while chuckling, was of course referring to the President.
Senate finance will release its bill Thursday, after the completion of the House markup. They will mark their bill up on Monday.