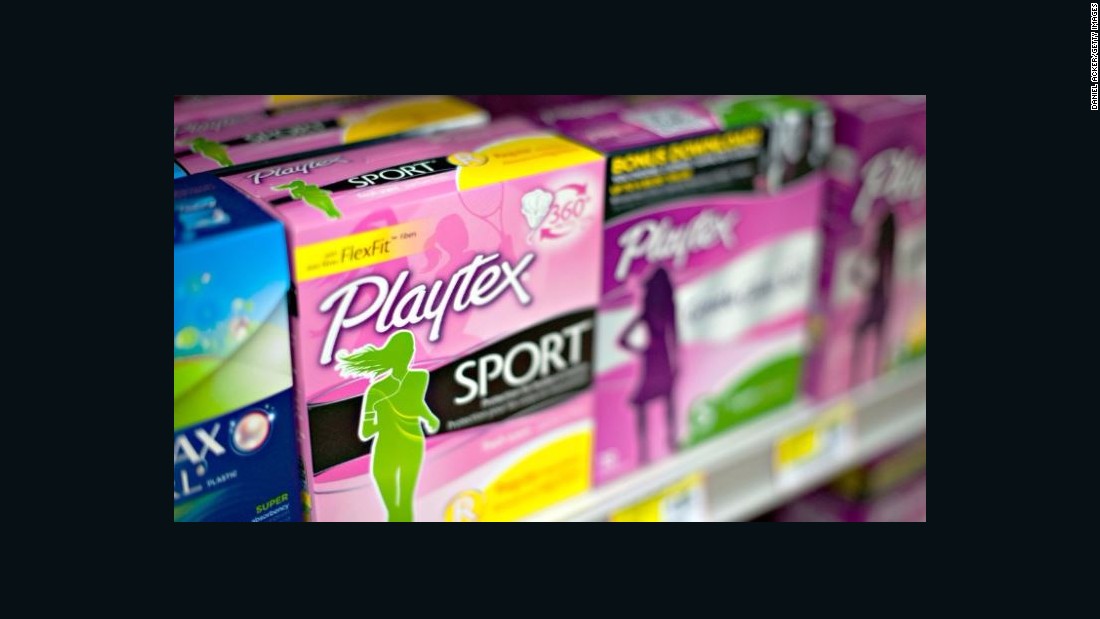 Washington, DC (CNN)Tennessee Republican lawmakers are pushing back on a proposed three-day tax exemption on feminine hygiene products, saying it would lead to a loss of too much tax revenue.

The annual holiday is held in Tennessee from July 31 to August 2, according to the state’s department of revenue website. The holiday is meant to promote buying “back-to-school” items.
Kyle wants to alleviate some of the costs of the products for the state’s 1.8 million women between the ages of 15 and 55.
“I come to you today with a very small plea: that we take the tax off these products for just one weekend,” said Kyle at a hearing for the bill on Tuesday. “I am urging a very small amount of dollars, but it sends a large signal that our state is taking a very important step of recognizing these products as a necessity and are an essential part of women’s health.”
Some of the Republicans on the committee — all of whom are men — pushed back against the proposal, saying women could potentially buy the items in bulk and cost the state thousands of dollars in revenue. Sen. Joe Hensley asked, “Sen. Kyle, do you have a way to replace the funds?”
According to Kyle, the proposal would cost the state a mere $133,000 in annual revenue of the state’s total $40 billion budget.
“Since it’s a sales tax holiday, I don’t see how you would be able to put a limit on the number of items somebody can purchase,” Hensley said at the meeting.
The “tampon tax” issue has played out across the country for the last couple of years.
Eight states — Connecticut, Florida, Illinois, Ohio, Nevada, New York, Rhode Island, Utah — have completely eliminated the sales tax or “tampon tax” on feminine hygiene products, and California has a temporary ban until 2023, according to Jennifer Weiss-Wolf, Period Equity co-founder and vice president for development at the Brennan Center for Justice.
Weiss-Wolf noted that the bill would be a good step toward ensuring female students are able to be successful at school.
According to a recent study, one in five teenagers has struggled to afford period products or have not been able to purchase them at all, and one in four teens has missed class due the lack of access to menstrual hygiene products. It’s an issue known as period poverty, the inability for a person to access menstrual hygiene products.
“We should be thinking about menstrual products as school supplies,” Weiss-Wolf told CNN over the phone.
“There are surely things that students in school need to be successful, productive, present and engaged in their school day…if your parent can’t afford tampons or pads on the day your period comes because their paycheck doesn’t come until five days later, that doesn’t help you be successful in the classroom for the days you need it,” she added.
The bill was given another week in committee to allow Kyle to present how she would make up the funds following a recommendation by the only woman on the committee, Sen. Brenda Gilmore, a Democrat.
“This is an uncomfortable conversation to have, but there are even some young girls who even use rags and cloths because they can’t afford feminine products. We should not have our young girls be subjected to this humiliation,” Gilmore said at the hearing.
If the bill was passed and signed into law, the earliest it could go into effect is July 1, 2020.
“We know it sometimes takes a while for good ideas to stick in the Tennessee General,” Brandon Puttbrese, press secretary of the Tennessee Senate Democratic Caucus Assembly, said in an email to CNN. “But cutting the ‘tampon tax’ is a good idea and, regardless of the outcome this year, we’ll continue fighting for it.”