The Horrifying Easter Egg Everyone Missed In Indiana Jones

This is about a specific blink-and-you’ll-miss-it moment from Indiana Jones And The Last Crusade that is either a random accident or the most unsettling sight gag in cinema history. And when we say “unsettling,” keep in mind that this series already consists of jaunty adventures in which the enemies are real genocidal monsters from history, who are on more than one occasion gruesomely thwarted by the vengeful God of the Old Testament. It actually gets weirder the more you think about it. If the part of the Bible about the Almighty melting the faces of anyone who touches his fancy box is true, what about the rest of it? Did Indy spend the next several months after those events in a daze, wondering if he should be out stoning adulterers to death?

So in that third film, the protagonist finds himself in Hatay (now part of Turkey), in an ancient temple facing three booby traps (it’s well-known that while Jesus was a “carpenter,” what he built were primarily booby traps). The theme of the traps is that only true Christians will be able to get through safely without being dismembered, apparently a symbolic representation of how getting into Heaven works.

In one section of the cave, Indy is told “Only the penitent man will pass.” Knowing this is some sort of Biblical riddle (and that apparently faith makes you better at solving riddles), Indy struggles for an answer before, at the last possible second, he realizes he must literally kneel down “before God” and … do a kickass forward somersault? Yes, this is when our blink-and-you’ll-miss-it moment occurs:

Lucasfilm
Originally, the hat was going to get buzzed and and turned into a fedora visor.

A blade whizzes past at neck height, forcing Indy to his knees. Any non-kneeling heretic would find themselves neatly decapitated. But the reason he has to then roll forward is that a second blade flies up from the floor.

That makes no sense whatsoever. Why would a penitent man also be a skilled tumbler with lightning-fast reflexes? Is the 11th Commandment that one must become an expert in P90X so you may answer the call? And how the heck did Indy even know that would happen? The answer, it appears, is that he would have been fine if he’d just knelt — the second blade would whip in front of him, though close enough to graze his knees. So what’s the point of it?

Let’s put it this way: If your idea of being penitent before God looks like this … 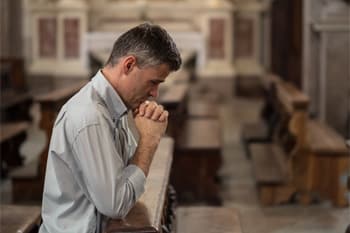 … you’ll be fine. But if it looks like this: 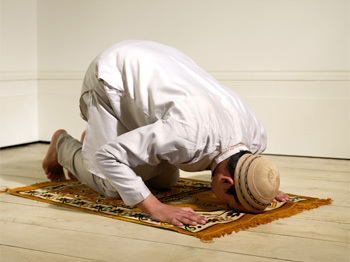 That blade will lop your fucking head off.

We’re not just pulling this out of our ass. It makes perfect sense if you notice the title of the film, and the fact that the ancient knights protecting the grail (including the one who’d been magically kept alive by it for centuries) were from the First Crusade — that is, a war to retake the Holy Land from the Muslims who’d captured it more than four centuries earlier. So our Crusaders were forward-thinking enough to ensure that only true Christians would get through, and that intruding Muslims would be killed on the spot even if they figured out the riddle.

And remember, that trap was presumably built by the knight who was found guarding the grail (“You have chosen … poorly”), which would legally qualify as a hate crime in many parts of the world, except for the fact that in reward for his work, he was granted immortality by God Himself. The theological implications of those few seconds are huge. As a scholar, Indiana Jones should have been utterly gobsmacked the utter weight of it. For the filmmakers, it’s an incredibly disturbing nod to the nightmarish real history these breezy movies use as a MacGuffin.

Unless the whole thing was some storyboard artist saying, “I think it would be cool if a second blade popped up here.”

Jordan Breeding also writes officially for Paste Magazine, unofficially on the Twitter and his blog, and with a dirty, dirty spray can in various back alleys.

If you loved this article and want more like it, please support our site with a visit to our Contribution Page.

Subscribe to our YouTube channel, and check out 7 Deleted Scenes That Were REALLY Necessary To The Plot , and watch other videos you won’t see on the site!