The Queen Has Her Own Private (Creepy) Pet Cemetery

The history of the Royal family is soaked in blood, although that’s to be expected when their ancestor preferred beheadings to pre-nups and they’ve found themselves embroiled in so many soap opera-esque shenanigans that Cersei Lannister is, like, “tone that drama down, gurl.” 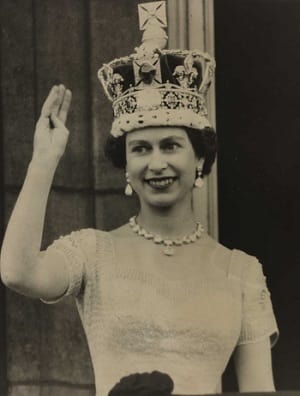 National Media MuseumPutting the ‘Queen’ into ‘YASS QUEEN’ since 1952

What doesn’t get mentioned, however, is the private cemetery that the Queen keeps specially for her most faithful subjects: her dogs. It’s located in a secluded corner of her estate at Sandringham, Norfolk, and contains the remains of nearly thirty dogs, which prompts the question of what’s weirder: that she’s had so many dogs during her lifetime that she needs a literal graveyard to hold them all, or that she has so much spare land that she can fill it with dead pets and have no-one notice.

The cemetery was originally ‘founded’ in 1887 by Queen Victoria, after she used the spot for a memorial to her border collie, Noble. After the Queen’s first corgi, Susan, passed away in 1959, the Queen had her buried there and, over the years, the collection has grown to include a litany of tiny headstones and wall-mounted plaques, all containing dedications scripted by Her Majesty — Sandringham Brae, her black labrador, is posthumously noted as a “gentleman amongst dogs”, whilst Sandringham Fern, her cocker spaniel, is remembered as being a “tireless worker and mischievous character,” which is basically her way of saying that he was a “jolly good pupper, 12/10, majestic AF.” 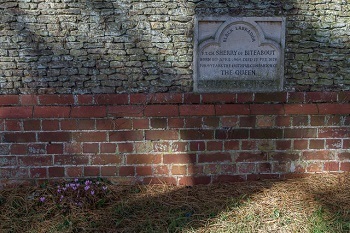 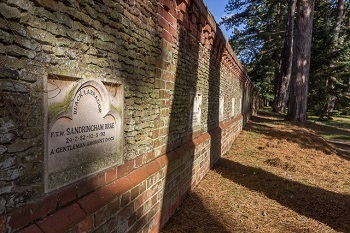 The Queen reportedly likes to take strolls and sit in the cemetery, gazing wistfully at the graves. It’s clearly not helping her own sense of mortality; she recently stopped breeding corgis as she doesn’t want to leave any dogs behind after she gets her own plaque, so to speak, which means that following the recent death of her last corgi, she’s now down to only two ‘dorgis’ — a crossbreed resulting from a fraternization between one of her corgis and a dachshund belonging to Princess Anne, which at least proves that the royal tradition of inbreeding still lives on.

This is a downer ending, sure, but it’s nice to hear that she’s not planning on having her pets entombed with her in the gigantic pyramid that’s going to be built any day now in Trafalgar Square, not least because that honor is going to Prince Charles.

For more, check out How The British Royal Family Has More Drama Than Any CW Show and 11 Steps To Crashing A Royal Wedding.