These are the countries still selling arms to Saudi Arabia 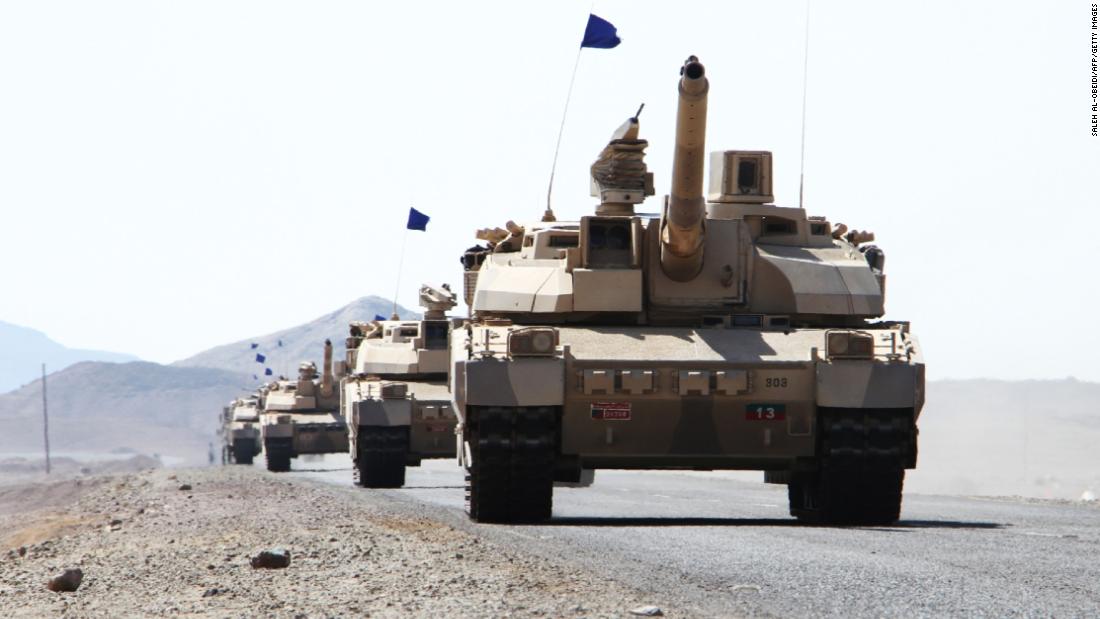 (CNN)A number of countries have restricted arms sales to Saudi Arabia since the kingdom began airstrikes on Yemen in 2015, in a war that the UN describes as the world’s worst man-made humanitarian disaster.

Denmark and Finland on Thursday became the latest countries to suspend new arms deals with Saudi Arabia. Denmark’s Foreign Ministry said it was freezing new deals over both Khashoggi and Yemen, while the Finnish Foreign Ministry mentioned only Yemen. Finland also banned new arms sales to the United Arab Emirates, which is part of the Saudi-led coalition in the conflict.
Their announcements came just two days after Germany said it was stopping all arms transfers to the kingdom.
Denmark and Finland are not major suppliers of weapons to Saudi Arabia, but Germany certainly is. It had already suspended new arms deals to Saudi Arabia, but on Monday it widened that ban to include the transfers of weapons on existing orders as well.
So where is Saudi Arabia getting its weapons from?
Arms deals are often done in secret or with little publicity. The Stockholm International Peace Research Institute (SIPRI) tries to track deals involving major weapons, and a database of Saudi imports from the last decade shows the United States as the biggest supplier, followed by the United Kingdom, France, Spain and then Germany.
But a lot of exporters still selling to the Saudis have dramatically decreased their supply in recent years. The United Kingdom, for example, transferred arms worth an estimated $843 million in 2016 but almost halved that value to $436 million last year, according to SIPRI. (The database uses values constant with 1990 prices to eliminate currency fluctuations and inflation.)
French exports of major weapons to Saudi Arabia were worth $174 million in 2015 but dropped to $91 million in 2016 and $27 million last year.
The value of Spanish exports also dramatically decreased in that time period, but the Spanish government confirmed this year it would go ahead with arms deals it had previously suggested it would freeze, bowing to pressure from Spanish manufacturers, according to reports.

US dwarfs other exporters

Despite these decreases, the overall value of Saudi weapons imports actually increased by 38% between 2016 and 2017.
That was almost entirely because of a huge uptick in transfers from the United States, which almost doubled its exports in terms of value from $1.8 billion to $3.4 billion in that time. Germany also multiplied its exports from $14 million to $105 million, although it is expected to be much lower this year following its suspension.
Overall, no country comes close to the United States in major weapons supply. Over the past five years, for example, the US accounted for 61% of major arms sales to the Saudis. The UK was a distant second, with a 23% share, while France, in third place, was a mere 4%.
In a statement on Tuesday, Trump said that canceling major arms contracts with the Saudis would be foolish, and that “Russia and China would be the enormous beneficiaries” if he US halted its sales.
China supplies a negligible amount of major weaponry to Saudi Arabia, SIPRI data shows, but it is on the increase. Russia supplies so little it is not included in the organization’s database.
“Russia has tried hard in the past 10 to 15 years to get into the large Saudi arms market, but it has not been very successful. Saudi Arabia has acquired Russian rifles and may have bought some other items, but such deals have been very small,” said Pieter Wezeman, a senior researcher with SIPRI’s arms transfers and military expenditure program.
“China has made some more substantial inroads into the Saudi arms market, in particular selling armed drones,” Wezeman said.
“The details are shady and we may very well have underestimated China’s role as an arms exporter to Saudi Arabia. But China doesn’t come anywhere near the USA, UK or even France as arms suppliers. Still, the important point here is that Saudi Arabia has explored the possibility of diversifying its supplier base.”