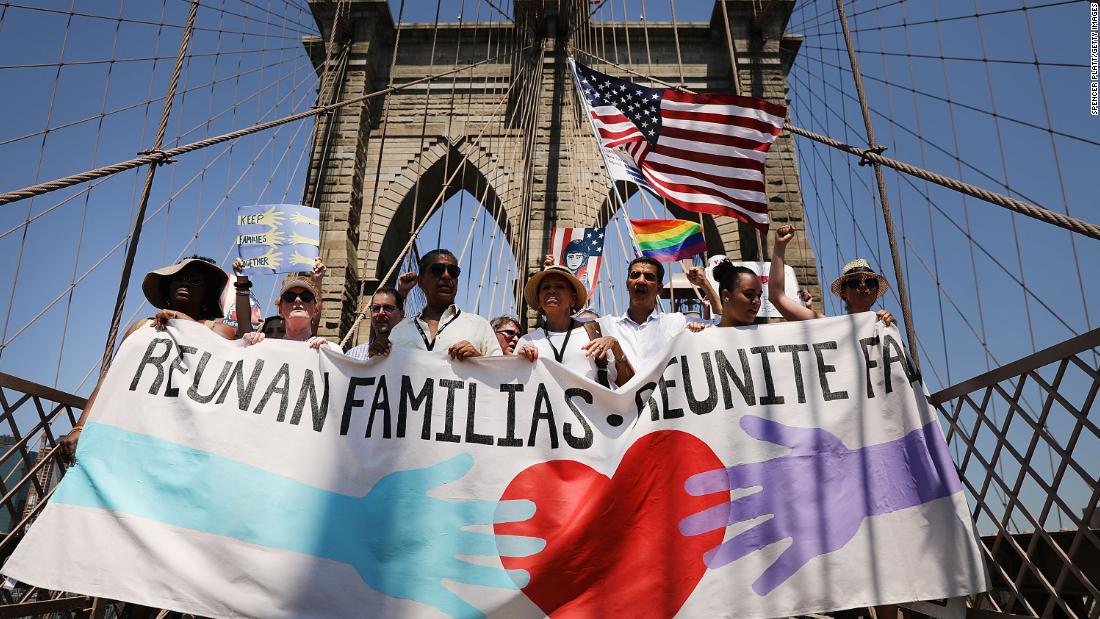 (CNN)The Trump administration on Saturday released the names of children under the age of 5 who were separated from their parents at the US-Mexico border, complying with a federal court order.

The American Civil Liberties Union received the list of the names of the nearly 100 children under the age of 5 who were separated from their parents at the border, according to a group spokesman.
US District Court Judge Dana Sabraw in San Diego ordered the list to be handed over by Saturday evening as he considers whether to extend the Tuesday deadline to reunify the families. But government officials say they need additional time to track down dozens of parents who are no longer in custody, including 19 who were already deported, Justice Department attorney Sarah Fabian said at a hearing Friday.
Friday’s hearing was the latest in the ACLU lawsuit over the administration’s family separations. The case includes a broader group of thousands of other children and parents, but the hearing focused largely on the pressing deadline for the children under 5.