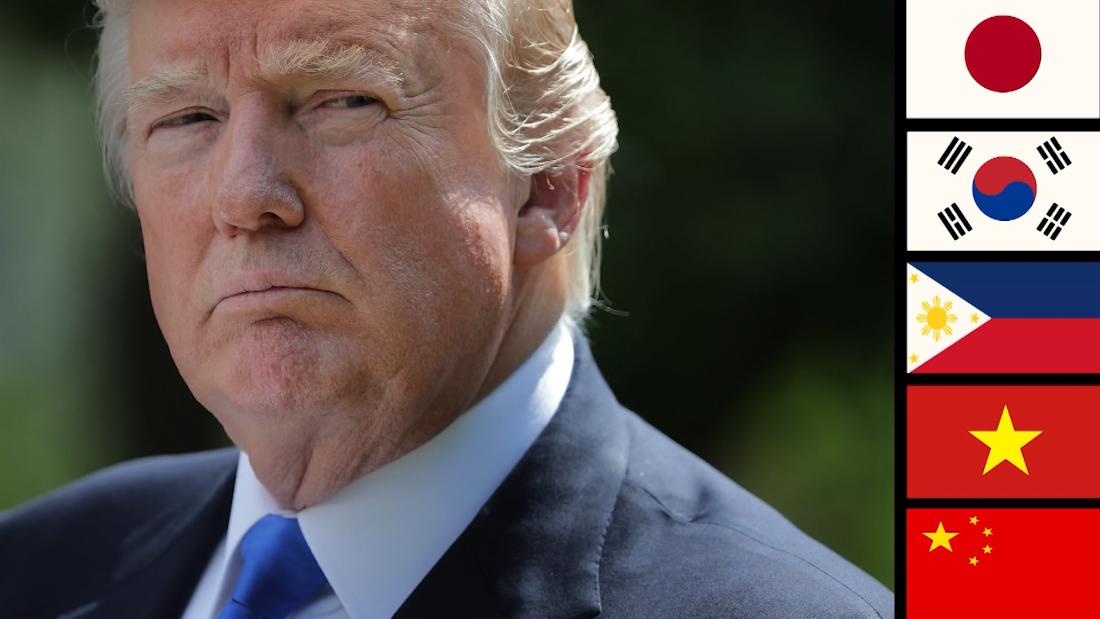 Tokyo (CNN)President Donald Trump touched down in Japan late Saturday ahead of a 13-day trek through Asia that he hopes will divert from a bruising political controversy back home.

Trump rallied American and Japanese forces at an air base near Tokyo on Sunday, touting the strength of the US-Japanese alliance as he began his five-country tour through Asia, where he is set to focus on the North Korean threat.
Praising the assembled troops as “brave warriors” who are “the last bulwark against threats” facing the US and Japan, Trump thanked American servicemembers stationed at Yokota Air Base and talked up the US military prowess in the region.

“We dominate the sky. We dominate the seas. We dominate the land and space,” Trump said soon after donning a flight jacket presented to him after he stepped off Air Force One.
Trump’s remarks were devoid the kinds of direct threats he has previously aimed at the North Korean regime, with the President instead choosing to focus on the US-Japanese alliance and the peaceful aims of US military might in the region.
“You put hope in every soul that yearns for peace,” Trump told the assembled troops.
Air Force One landed at the US-controlled Yokota Air Base outside Tokyo at about 9:37 p.m. ET Saturday (10:37 a.m. Sunday local time). Trump is due to address American servicemen and women stationed at the facility before beginning his official visit with Prime Minister Shinzo Abe.
On his first swing through a continent gripped with tension over a nuclear standoff on its eastern edge, Trump will carry out high-stakes talks with the leaders of Japan, South Korea, and China, and attend days of summits in Vietnam and the Philippines.
Trump spoke with reporters aboard Air Force One during his flight to Japan for about 11 minutes.
Trump said he expects to meet with Russian President Vladimir Putin during his swing through Asia, likely on the sidelines of the Asia-Pacific Economic Cooperation summit in Vietnam.
“I think it’s expected that we’ll meet. We want Putin’s help on North Korea,” he told reporters. Trump had previously said a meeting with Putin was possible.
It’s a slog of a presidential trip, one that became longer this week after Trump announced he would spend an extra day in Manila to attend the East Asia Summit. The last US President to spend this long in Asia was George H.W. Bush in 1992 — and he ended the trip by vomiting in the Japanese prime minister’s lap.
At his first stop here in Tokyo, Trump is due to enjoy a round of golf and a steak dinner with Abe — one of his closest foreign counterparts — before sitting down for formal talks. The two men are expected to confer about North Korea, an area where they are largely in alignment. Abe hopes to adopt a tougher military stance against Pyongyang, altering a decades-long pacifist approach.
The two are also expected to discuss trade, though they don’t see eye-to-eye on the issue. Trump has withdrawn the US from the Trans Pacific Partnership, a decision the Abe has criticized.

Hopes on the line 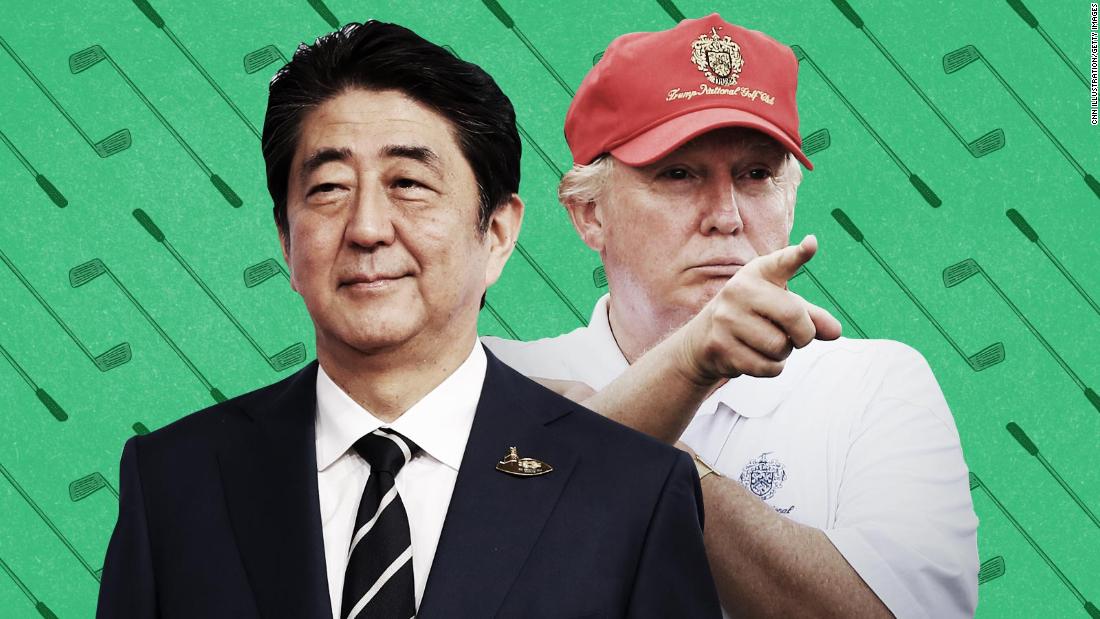 Escaping scandal fever in Washington after indictments of his campaign associates, Trump hopes an authoritative tour through five Asian capitals can help him rise above the controversy. But officials here, and even some of Trump’s own aides, worry the Russia cloud could lead the unpredictable and bombastic US leader to lash out.
As he flew from Washington to an overnight stop in Hawaii, Trump demonstrated the Russia probe was still not far from mind, unleashing a flow of invective on Twitter accusing his own Justice Department of ignoring possible collusion by his former Democratic rival Hillary Clinton.
It was an inauspicious start to a trip meant to consolidate support in Asia for his combative approach to North Korea and to lay out an assertive approach to negotiate trade agreements.
On his longest foreign swing to date, Trump hopes to convince Asian leaders to put up a united front against Pyongyang, which has scaled up its provocations since Trump took office.
The friendliest stop is likely to be the first here in Japan, where Trump finds a leader eager to fuel a budding friendship. South Korea’s new leader has shown more of a willingness to break with the US President, chastising some of his bellicose rhetoric about North Korea while encouraging talks with Pyongyang.

And while he’s developed friendly ties with Chinese President Xi Jinping, their talks are fraught after Trump lambasted China ceaselessly on the campaign trail for its trade practices. So far, though, he hasn’t taken action to label Beijing a currency manipulator.
At a moment of political weakness amid the Russia investigation, he faces leaders who themselves are enjoying new political muscle. In Japan, Abe saw decisive wins for his party in snap elections last month, and Xi emerged from a critical Communist Party Congress having consolidated power in historic fashion.
That’s left Trump anxious about his negotiating power as the FBI and congressional investigators continue probing his campaign’s ties to Russia. While Trump is abroad, the office led by special counsel Robert Mueller is expected to interview key White House aides as part of its investigation.
While Trump may divert attention through his high-level diplomacy, the issue is likely to arise in dramatic fashion in Vietnam, where he will likely face Putin for only the second time face-to-face.
CNN’s Jeremy Diamond contributed to this report.