Trump believes the North Korea summit is all about him. But Kim has a plan, too

The president expects to emerge as a hero, but the Korean leader may be coolly playing him to score points against China 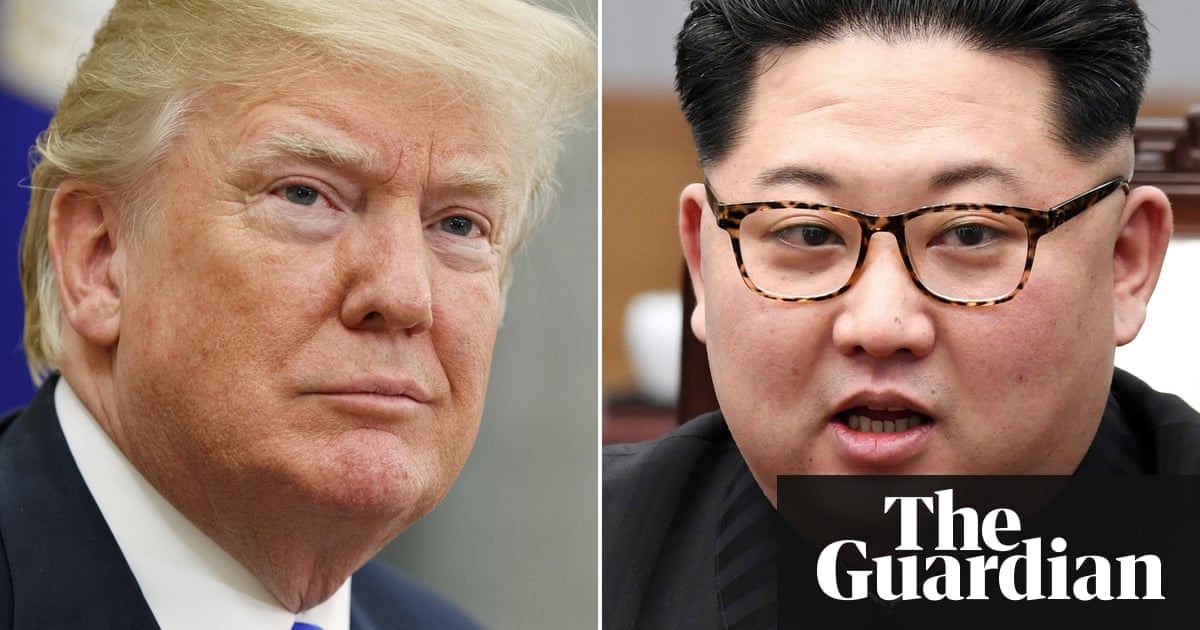 In 1789, a year of revolution, Benjamin Franklin wrote that nothing was certain except death and taxes. His adage may be due an update as Donald Trump prepares for a mould-breaking summit with North Koreas Kim Jong-un in Singapore on Tuesday.

Who can be sure that the meeting will produce agreement on scrapping the Norths nuclear weapons, as the Americans hope? Nobody knows whether the hermit kingdom will come in from the cold. These are big, unanswered questions.

But one thing is certain: when he greets Kim, Trump will claim sole credit for what he will surely proclaim is a historic, Nobel-peace-prize-winning moment. Of this, Mr Franklin, there can be no doubt.

The summit looks fated to become the Donald Trump Show. Sentosa Island, where they are holding the meeting, will be his own Love Island. Even if he fails to get what he wants and flounces off, as he has threatened, the former TV host will ensure he is the centre of attention.

Trumps extraordinary ego is not the only factor at play. By sharing the world stage with North Koreas isolated, much-reviled leader, he has placed a big risky bet on an outsider.

At odds with G7 partners over trade, Iran and climate change, the White House is gambling on a foreign policy breakthrough to silence its critics. It badly needs a success to counter its reputation as international wrecker. Spiking the Norths guns, figuratively speaking, could do the trick.

Trump may be in luck. Like his father and grandfather before him, Kim defied the world after taking power in 2011, accelerating the development of long-range nuclear weapons. Last year, he proved his latest missiles could, in theory, strike US cities.

Then came a sudden change. It coincided with friendly overtures from Moon Jae-in, a human rights lawyer and lifelong pacifist who was elected South Koreas president in 2017 on a pledge to improve relations. Moon was a breath of fresh air. His willingness to engage contrasted with the aggressive stance of his disgraced predecessor, Park Geun-hye. And it coincided with Trump stepping up his threats to totally destroy North Korea.

Februarys Winter Olympics in South Korea were a turning point. Moon invited Kim to send a delegation and he dispatched his younger sister, Kim Yo-jong. Her gold-medal diplomacy smashed stereotypes and won hearts. The Winter Games thawed relations kept on ice since the Korean war. It was as if the still-youthful Kim, having completed his weapons buildup, was just waiting for a chance to ditch his Addams-family legacy of fear and isolation and establish himself internationally on an equal footing.

Since then, Kim has met Moon twice, with positive results. He hosted Mike Pompeo, the US secretary of state. He has voluntarily destroyed weapons test sites and freed imprisoned US citizens. And he has replaced three reactionary generals. Now comes Trump, no longer shouting about Armageddon, travelling thousands of miles for the privilege of shaking Kims hand, and boasting about the deal of the century. In headline terms, the summit is already Kims victory.

Amid this sudden, heady outburst of conciliation, there is cool calculation. Trump may believe its all about him. But for Kim, the summit is about what North Korea can obtain in return for agreement in principle to denuclearise and, perhaps, for a gradual, conditional phasing-out of its atomic stockpile.

Kims price upfront will be an end to sanctions, new investment, humanitarian assistance and maybe a formal peace treaty. In exchange for giving Trump the triumph he craves, he wants guarantees the US will not attack North Korea and, forswearing regime change and ignoring human rights abuses, will support him as unelected supreme leader-for-life.

There are deeper, strategic reasons for Kims change of heart, to which a habitually under-briefed Trump seems oblivious. It is usually assumed that China is the Norths inalienable friend and ally. In fact, Pyongyang has always gone its own way. Bilateral relations have become increasingly strained of late, especially after Beijing backed tough new UN nuclear sanctions.

Unusually, Xi Jinping, Chinas president, has met Kim twice this year. Xi is plainly worried North Korea could stop playing buffer state and go over to the western camp. China fears a new alignment between North and South and even worse reunification under US auspices. In the run-up to the summit, for example, Kim has not backed the longstanding Chinese call for the closure of US military bases in South Korea. Who knows, might the North one day seek US protection, too?

Kim is deftly exploiting these Chinese fears. Just as Richard Nixon played his China card in 1972 by wooing Beijing to offset Soviet influence, Kim is playing his America card to send a pointed warning to Xi. In this canny manoeuvre, Trumps role is less global peacemaker and more useful idiot.