Trump claims ‘better numbers than Obama,’ though it’s unclear what he means 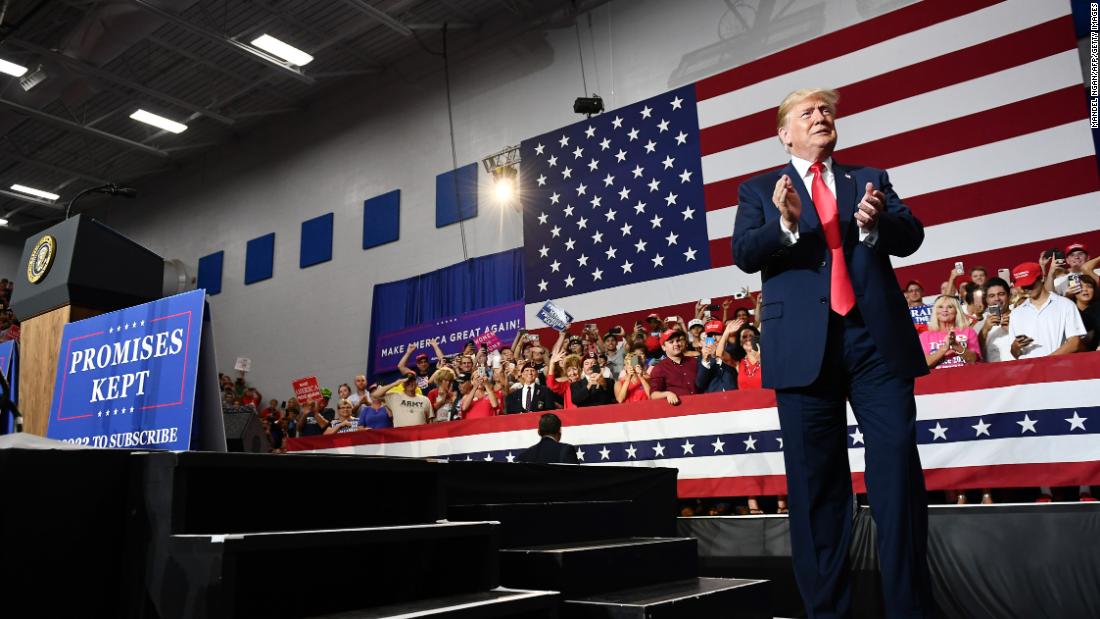 Washington (CNN)President Donald Trump touted his approval numbers in a Sunday afternoon tweet that also pointed to the economy and military, while claiming he had “better numbers” than former President Barack Obama “by far,” though he did not specify which numbers he was addressing.

It was not immediately clear what exact numbers Trump was referring to in claiming improvement over his predecessor, but if his remark was in reference to approval ratings at this point in his presidency relative to Obama’s, his tweet would be incorrect.
In the weekly Gallup poll released July 29, 40% of respondents approved of Trump’s performance and 55% said they disapproved. Gallup’s numbers from August 2-8, 2010, showed 45% of respondents approved of Obama’s performance compared to 48% who said they disapproved.
The full story on Trump’s ‘economic turnaround’
Although he did not reference a specific approval rating for his claim on Sunday, Trump has often touted polls that he construes as favorable, and claimed early in his presidency that “any negative polls are fake news.”
The economy, by many indicators, is performing strongly. The unemployment rate was down to 3.9% in the jobs report released Friday, a relatively low level by historic standards. Economic growth in the second quarter of this year was at an annual rate of 4.1%, the best performance since the third quarter of 2014.