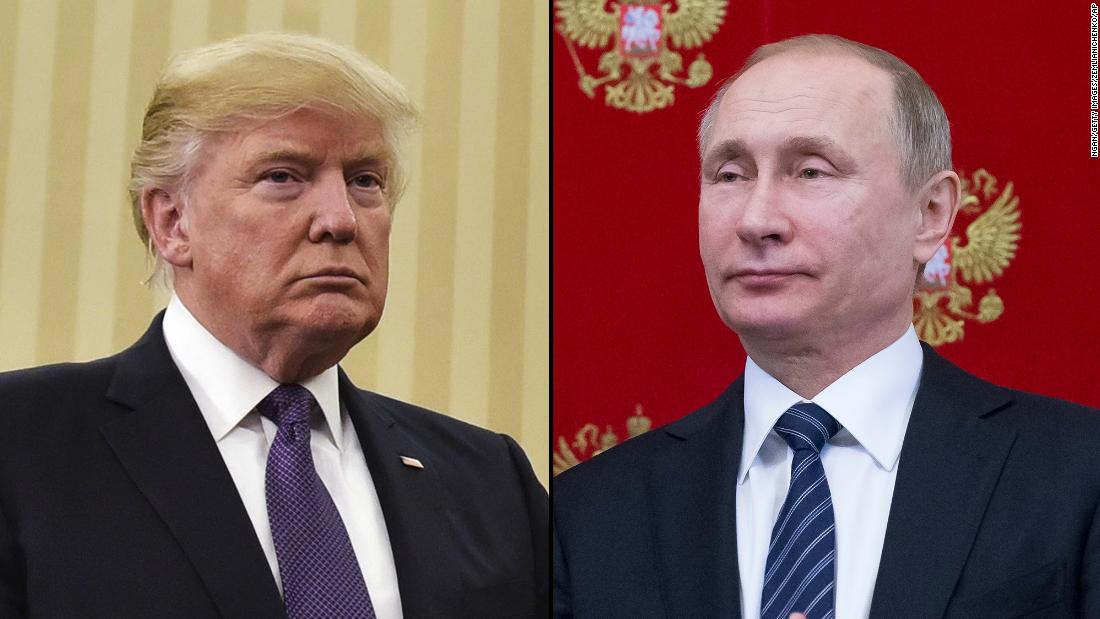 Trump said he took Putin at his word that Russia did not seek to interfere in the US presidential election last year, despite a finding from US intelligence agencies that it did. The fraught relations between the two leaders was underscored anew when Putin’s spokesman initially said election meddling did not come up when they spoke, even though Trump said it did.
And he stressed that bigger issues persist between the United States and Russia that require the two leaders to move on. 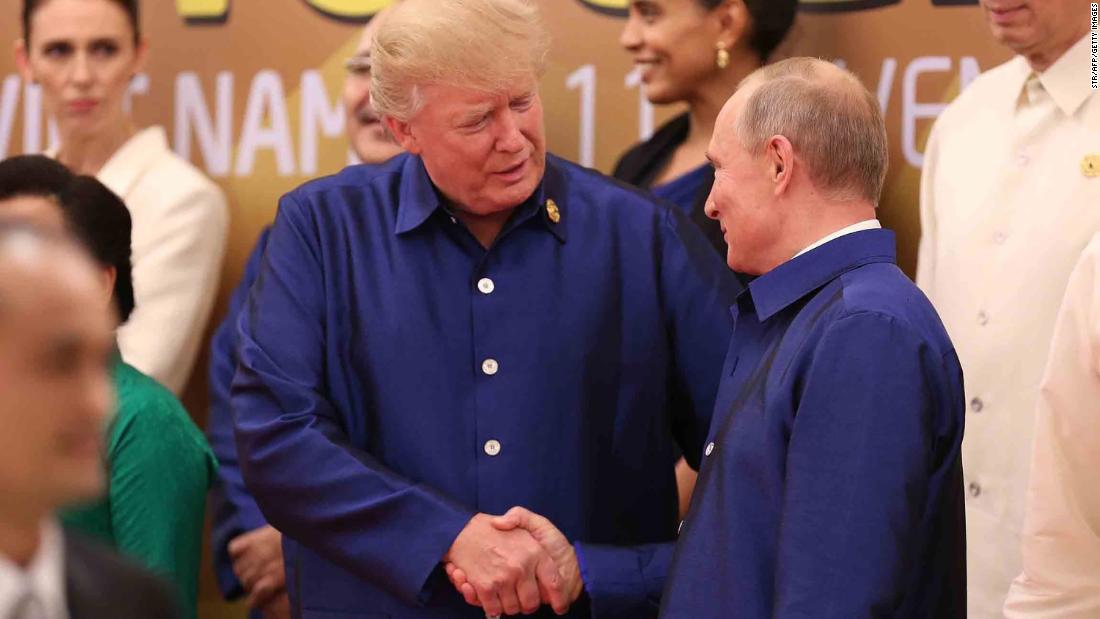 “He said he didn’t meddle. He said he didn’t meddle. I asked him again. You can only ask so many times,” Trump told reporters aboard Air Force One as he flew from Da Nang to Hanoi in Vietnam. Trump spoke to Putin three times on the sidelines of summit here, where the Russia meddling issue arose.
“Every time he sees me, he says, ‘I didn’t do that,’ ” Trump said. “And I believe, I really believe, that when he tells me that, he means it.”
“I think he is very insulted by it,” Trump added.
On Sunday, Trump was asked to clarify his Air Force One comments about Putin and the election meddling.
“I believe that he feels that he and Russia did not meddle in the election. As to whether I believe it or not, I am with our agencies, especially as currently constituted with the leadership,” Trump said during a joint press briefing in Hanoi, Vietnam.
“I believe that our intel agencies, our intelligence agencies, I work with them very strongly … As currently led, by fine people, I believe very much in our intelligence agencies,” Trump said.
As Trump has traveled abroad, the special counsel investigation looking into possible collusion between his campaign aides and Russia has crept closer to Trump’s inner circle.

‘There was no collusion’ 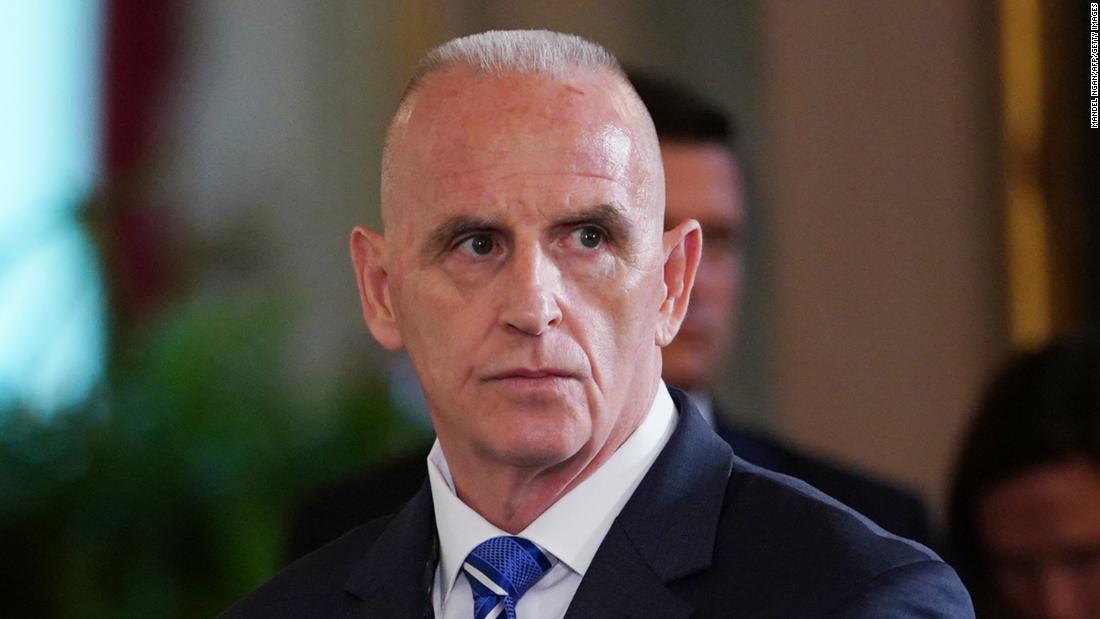 Jetting from Tokyo to Seoul to Beijing, Trump has largely remained quiet about the Russia investigation back home. But on his flight, which departed Da Nang in the early evening Saturday, Trump’s simmering anger over the Russia matter burst forth.
“There was no collusion. Everybody knows there was no collusion,” Trump insisted. “I think it’s a shame that something like that could destroy a very important potential relationship between two countries that are really important countries.”
He added he thought that Putin and he could “have the potential to have a very, very good relationship.”
Trump’s acceptance of Putin’s denial that Russia sought to sway the election in his favor seemingly runs counter to assessments by US intelligence agencies. While describing his relationship with Putin and the ongoing investigations into 2016 meddling, Trump seemed to indicate on Saturday that he trusts Putin’s denials more than the comments of former intelligence officials, like former high-ranking intelligence officials James Comey, John Brennan and James Clapper.
“I mean, give me a break, they are political hacks,” Trump said. “So you look at it, I mean, you have Brennan, you have Clapper and you have Comey. Comey is proven now to be a liar and he is proven now to be a leaker. So you look at that and you have President Putin very strongly, vehemently says he had nothing to do with them.”
When asked for comment about the President’s comments, the CIA said in a statement that the man Trump picked to lead the agency, Mike Pompeo, reiterated his support for US intelligence findings and that the “assessment with regard to Russian election meddling has not changed.”
The agency declined to comment further.
Trump said Sunday: “As currently led, by fine people, I believe very much in our intelligence agencies.”
The discrepancies between Putin and American officials weren’t worth debating when other security issues require the two men’s attention, Trump said Saturday.
“You are not going to get into an argument, you are going to start talking about Syria and the Ukraine,” he said.
“I can’t stand there and argue with him,” he added. “I’d rather have him get out of Syria, to be honest with you. I’d rather have him, you know, work with him on the Ukraine than standing and arguing.”
In a tweet Sunday morning local time, Trump said he had a “good discussion” with Putin on Syria and North Korea, making no mention of the election meddling. He added: “When will all the haters and fools out there realize that having a good relationship with Russia is a good thing, not a bad thing. There always playing politics – bad for our country. I want to solve North Korea, Syria, Ukraine, terrorism, and Russia can greatly help!” 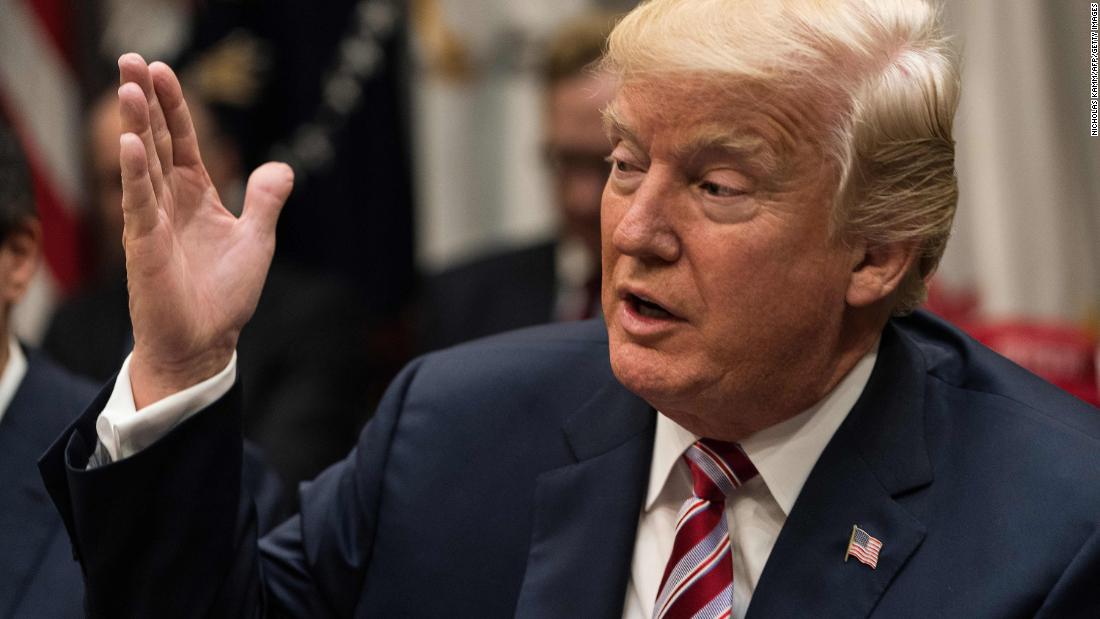 Trump repeated his claims that Russian interference in the US election is a conspiracy invented by Democrats to distract from their electoral losses. And he implied that investigators looking into his campaign aides’ ties to Moscow were better off probing elsewhere.
“That whole thing was set up by the Democrats,” Trump declared Saturday.
Trump’s comments, which came after a two-day stay at this seaside resort, reflected ongoing frustration at his inability to warm ties with Moscow, which he pledged to do on the campaign trail.
While attending meetings for the Asia-Pacific Economic Cooperation summit, the question loomed whether he would meet with Putin, either formally or in a casual pull-aside chat.
Ahead of Trump’s arrival, his aides indicated that a meeting was possible. The Kremlin indicated the same. But as the summit wore on, US and Russian officials diverged in their public statements, with American officials saying a meeting wasn’t happening and Russian officials indicating it still might.
Trump and Putin did speak at various occasions throughout the summit, and agreed to release a joint statement on Syria. But they did not sit for formal talks. Trump has met his Russian counterpart only one for such a face-to-face bilateral session, at the G20 summit in Germany in July.
Following those talks, Trump’s aides insisted he raised the election meddling issue with Putin and expressed concerns about the issue. But Putin, speaking to reporters in Hamburg, said Trump had accepted his denials.
After Trump departed Da Nang on Saturday, Putin similarly spoke during an on-camera press briefing. He said US-Russia ties remained in a precarious condition.
“The relations between Russia and the US have not come out of the crisis state yet,” he said. “As you know, and I often talk about it, we are prepared to turn the page and go forward to look into the future to solve the problems that are of interest to people of the United States and people of the Russian Federation.”
Peskov told CNN’s Matthew Chance earlier Saturday that, as far as he knew, Putin and Trump did not discuss meddling in the elections, though he later said it was discussed between the two leaders.
“Putin told Trump these reports have no ground and categorically rejected even the hypothetical possibility that Russia could somehow interfere in the election process,” Peskov said, according to state news agency RIA.