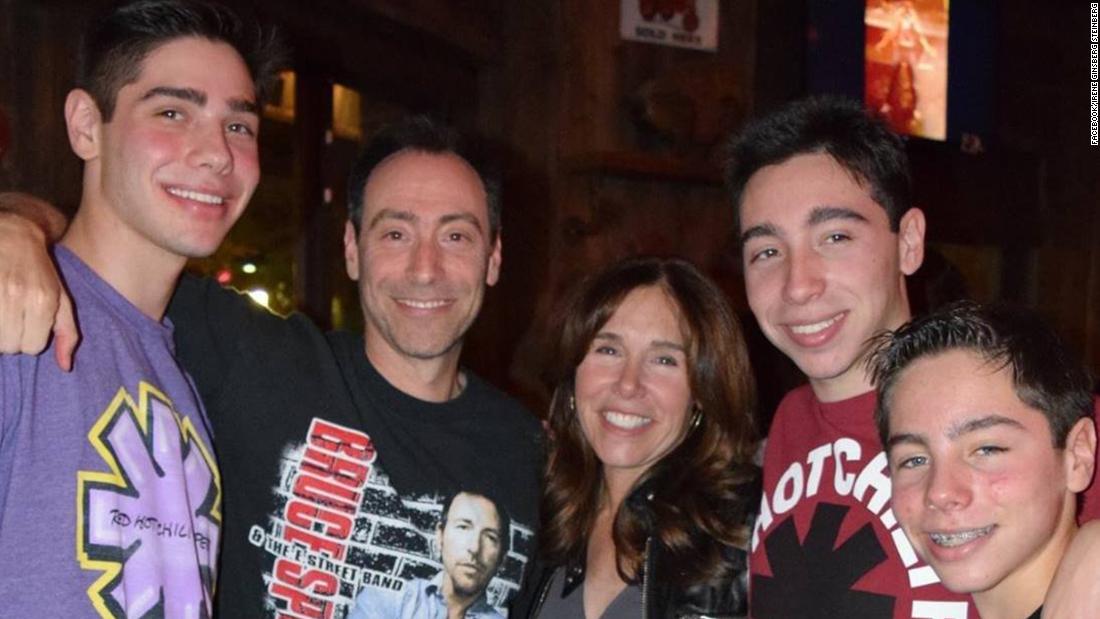 (CNN)Relatives and friends are mourning the deaths of 10 Americans, including two families, killed in a New Year’s Eve plane crash in Costa Rica.

The dead included two doctors from Clearwater, Florida, and their two children, and a couple from the New York suburb of Scarsdale who were traveling with their three sons.
Another victim was 33-year-old Amanda Geissler, a travel guide who led families on tours of Costa Rica, her family said.
Drs. Mitchell and Leslie Weiss were on the plane with their children Hannah and Ari, according to a rabbi at the synagogue they attended. Mitchell Weiss was a vascular and interventional radiologist and his wife, Leslie, was a pediatrician and neonatal hospitalist, their employers said.
“Mitch was a tremendously skilled interventional radiologist who will be sorely missed by his partners, his medical team and the patients whose lives he touched. It was an honor to practice medicine with him,” said Dr. John Fisher, president of Radiology Associates of Clearwater. “We all grieve for the tragic loss of not only Mitch but his wife, Leslie, and his children, Hannah and Ari.”
“This is a tragic event for their family, for our congregation and synagogue community as well as the Pinellas County community. They will be sorely missed,” said Rabbi Jacob Luski of Congregation b’Nai Israel of St. Petersburg.
Bruce and Irene Steinberg and their three children, Zachary, William, and Matthew were also killed. They were congregants at Scarsdale’s Westchester Reform Temple, Rabbi Jonathan Blake wrote in a statement posted on Facebook. 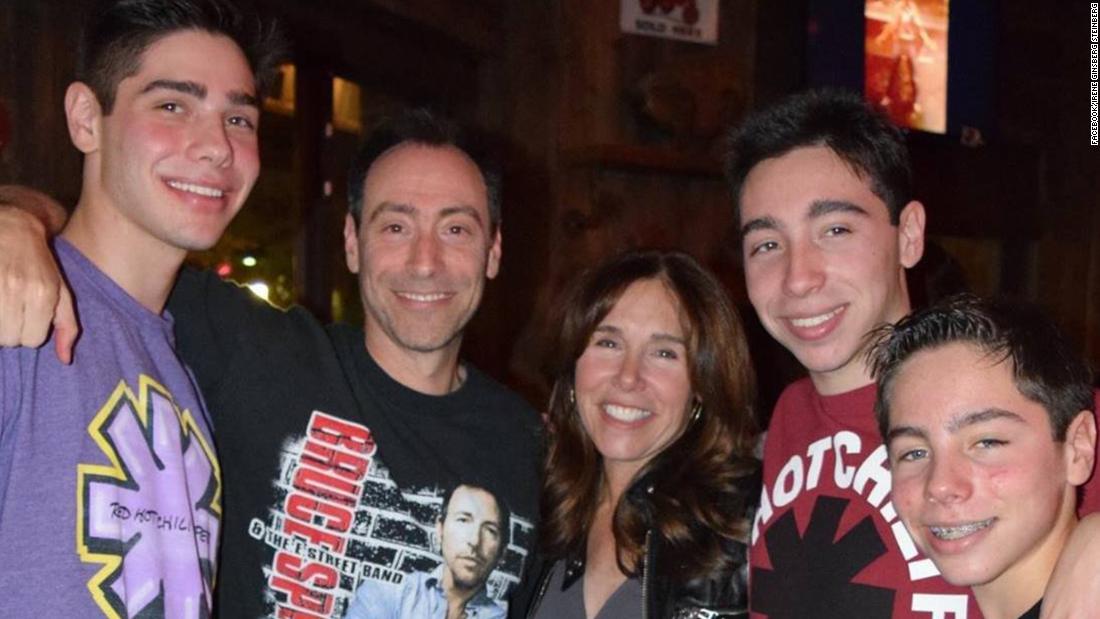 “This tragedy hits our community very hard. Bruce, Irene and their children have been devoted members of WRT since 2001.” the statement said.
The Facebook post does not include the family members’ ages. It says the Steinbergs were active in Jewish organizations in the community and were “cherished members” of the Sunningdale Country Club in Scarsdale.
“They’re just loving people,” their neighbor, Susan Adler, told CNN affiliate WCBS. “When I moved in, she was very welcoming, brought me a cake, offered her friendship, and it’s just devastating news.”
Another neighbor, Lisa Flicker, told WCBS it doesn’t feel real. 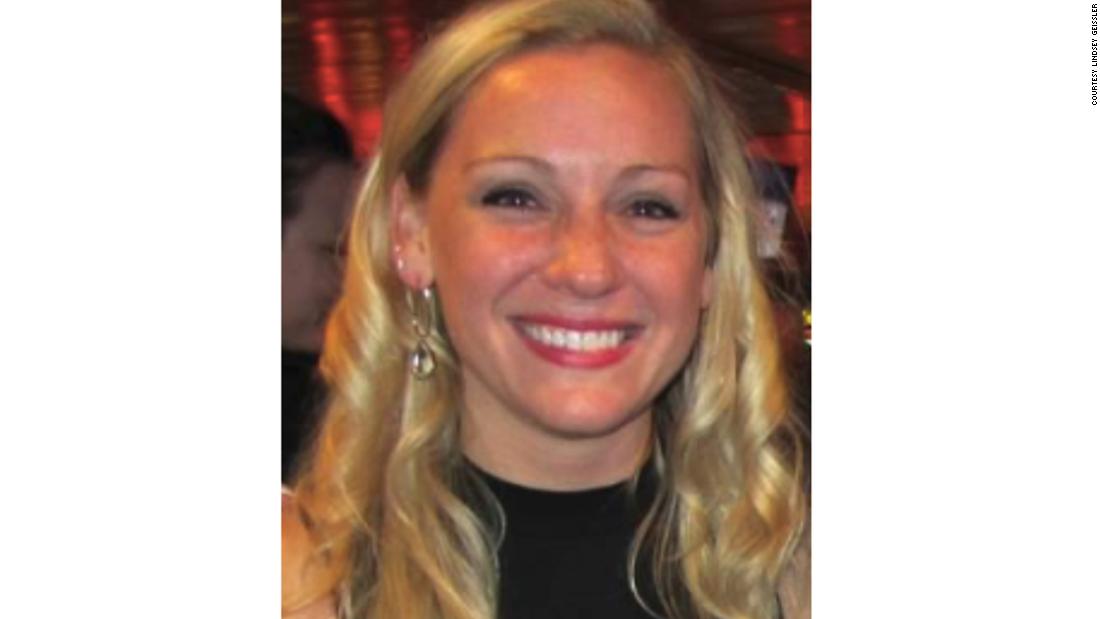 “It’s so devastating because they’re great people, and the kids are great, and I feel like they’re the family you look to to emulate,” Flicker said.
Geissler’s family said she had an adventurous spirit and lived life with no regrets.
“Amanda’s love for the outdoors, setting goals and crushing them, and adoration for her family and friends are like no other,” the family’s statement said.
“She is loved by many, and with a heavy heart it will be hard to say goodbye. If Amanda could leave us all with one thing it would be — write down whatever it is you want to do … and make it happen.”
Also killed in the crash of the single-engine turboprop were the two Costa Rican pilots, President Luis Guillermo Solis Rivera said in a statement posted on social media. One of the pilots was the cousin of former Costa Rican President Laura Chinchilla, she said on her Twitter account.

Crash in a wooded area

A spokesperson for the US State Department confirmed the deaths of “multiple US citizens.”
“We express our condolences to all those affected by this tragedy. We are in contact with Costa Rican aviation authorities and will continue to monitor the situation,” the spokesperson said.
Costa Rica’s Ministry of Public Security posted several images of the aftermath of the crash on its official Facebook page, showing smoke billowing from burning wreckage in a wooded area.
It was not immediately clear what caused the crash, which happened Sunday afternoon in Nandayure, a town in Guanacaste province on the Nicoya Peninsula, on Costa Rica’s western coast.
Authorities said Sunday they were focusing on recovering the victims’ bodies and would begin an investigation into the cause of the crash Monday.
The plane took off from the Punta Islita Airport at 12:10 p.m. Sunday bound for Costa Rica’s capital, San Jose. Officials received reports of the crash around 12:20 p.m., 10 minutes after takeoff, CNN affiliate Teletica reported, citing civil aviation authorities.
Heavy winds earlier in the day had forced the plane’s pilots to land at another airport and delay their arrival in Punta Islita, Teletica said.

Costa Rica’s President expressed his condolences on Twitter.
“The government vows to do everything necessary to help the victims’ family members in whatever they need in this difficult moment and sends them the solidarity of all the Costa Rican people,” Solis said.
The private aircraft, a Cessna 208B Grand Caravan registered as TI-BEI, was part of Nature Air’s fleet, officials said. Officials from the airline could not be immediately reached for comment.
The Caravan is a popular utility aircraft that’s routinely used for carrying passengers or cargo.
More than 2,500 have been built since the aircraft entered service in 1984, according to the Aviation Safety Network.