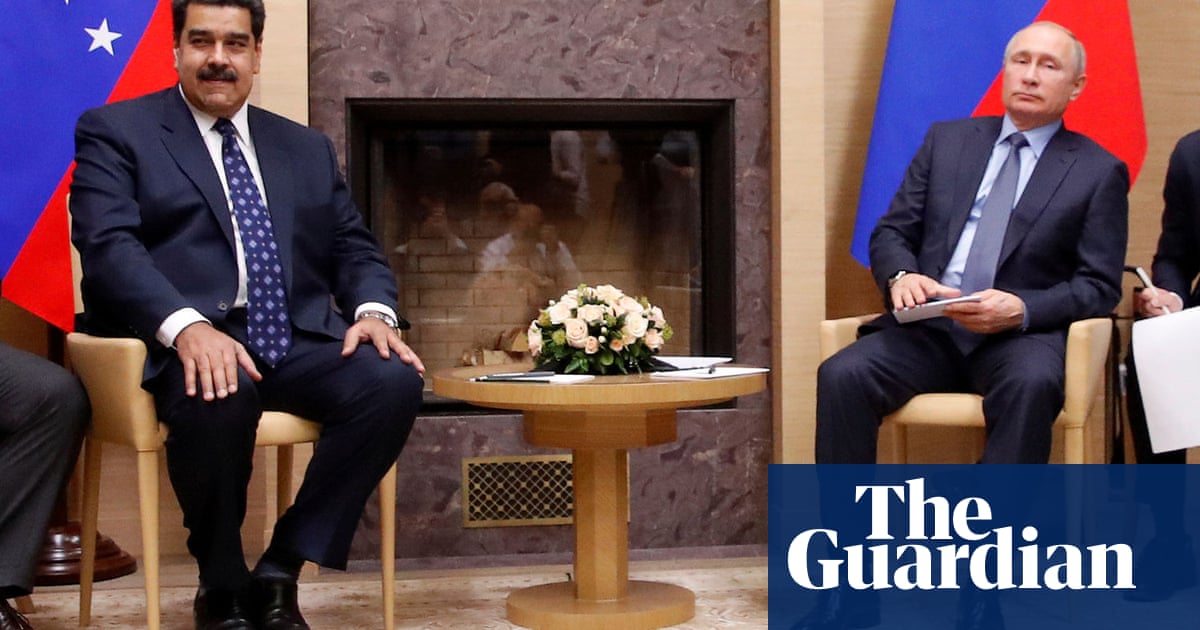 The US special envoy for Venezuela has said that Moscow has not abandoned the regime of Nicols Maduro and that the Russian presence in the South American country has not significantly changed since the failed uprising in April led by opposition leader Juan Guaid.

Donald Trump tweeted earlier this week that Russia has informed us that they have removed most of their people from Venezuela, but the claim was quickly disputed by the Kremlin.

Elliott Abrams, who was appointed as special envoy in January, said on Thursday that the Russian role was not as vital to Maduros survival as the Cuban military presence, but remained important. And while some specialist forces may have left the country, he said the Russians have not abandoned the regime.

The Russians are the second greatest outside influence after Cuba. There were, Id say, a year or two ago, a thousand Russians. Then it was down closer to zero. Then it ticked up again a couple of months ago when about 125 Russians arrived, Abrams told the Guardian.

Some of them I assume have left because some of them had specific tasks to conduct and would have completed those tasks and left, Abrams added. We believe that one of the things they were doing was repairing air defense systems which had become damaged by the series of blackouts in February. And I think once you do that you dont need to stay youve completed the task. So the fact that they would leave does not suggest that the Russians are not helping Maduro.

Russian military advisers flew into Caracas in late March in what has widely seen as a gesture of Kremlin support for the embattled leader in the face of Guaids challenge to his authority.

Guaid is recognised as Venezuelas legitimate interim leader by more than 50 countries, including the US, most of Europe and much of Latin America. On 30 April, he declared an uprising to remove Maduro and received emphatic verbal support from the Trump administration, but Guaids appeal failed to convince the Venezuelan military to switch sides.

It is unclear what prompted Trump to claim that most Russians had left Venezuela. The Guardian has learned that the Russian foreign minister, Sergey Lavrov, told his US counterpart that there were 96 Russian military personnel left in Venezuela, but US officials believe there may be up to 150 still in the country.

Abrams would not comment on precise numbers but stressed that the Russian presence was considerably smaller than Cubas, which he estimated as 2,500, including Maduros personal bodyguards.

On Tuesday, the US further tightened restrictions on travel to Cuba by US citizens, and Trump has threatened a full and complete embargo on the island if it does not end support for Maduro.

Abrams, a veteran hawk on Latin America, argued that, as US sanctions tighten, Cuba may became more dependent on the flow of Venezuelan oil.

This is not existential for Russia in any way, Abrams said. I think Putin is taking advantage of an opportunity that he saw in the western hemisphere. That opportunity may diminish. It may disappear. Its not that big a deal for Russia. I think theyre much more flexible about the future of Maduro than the Cubans are.

Russias president, Vladimir Putin, said on Thursday said the west was crazy for supporting Guaid. He described the national assembly leader as likeable but he warned that the world would plunge into chaos if there were no rules.

If we adopt this way of coming to power a man walks into a square, lifts up his eyes to heaven and declares himself president before God would this be normal or not? Putin asked news agencies at an economic forum in St Petersburg.

After the failure of the April uprising, the US secretary of state, Mike Pompeo, said that Maduro had a plane ready to fly him to Cuba, but had been persuaded to stay in power by the Kremlin.

In retrospect, Abrams said: We will never know whether he would have gone because, on and off, over time, he has very often had a plane fuelled and ready to go.

In off-the-record remarks last week that were leaked to the Washington Post, Pompeo conceded that it was devilishly difficult to keep the Venezuelan opposition factions united.

The moment Maduro leaves, everybodys going to raise their hands and [say]: Take me, Im the next president of Venezuela. It would be forty-plus people who believe theyre the rightful heir to Maduro, the secretary of state is quoted as saying.

Asked about the remarks, Abrams said: Ive dealt with a lot of democratic oppositions and theyre all fractious. And the reason theyre fractious is that theyre democratic.