US immigration: baby did not recognise parents after five-month separation 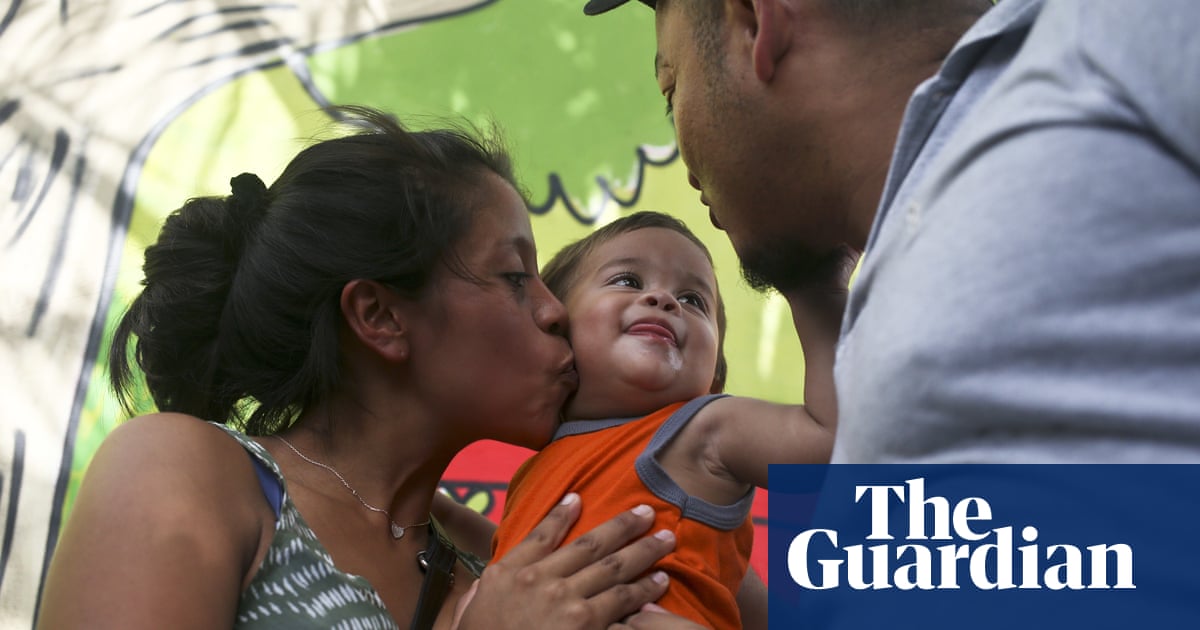 A 15-month old baby who came to symbolise the US governments draconian policy of separating migrant families did not recognise his parents when they were reunited in Honduras on Friday, his mother has said.

Adalicia Montecinos said her son Johan had suffered everything that we have been suffering after spending five months in an Arizona shelter having been separated at the Texas border from his father, who was deported.

I kept saying Johan, Johan, and he started to cry, Montecinos said.

Johan soon warmed to his parents, however, laughing as he received kisses outside a centre where they concluded his final legal paperwork before heading home.

Montecinos said she could not be happier to have her son back, but expressed anger that he was kept from her for months, forced to watch him grow up via video.

I will never see my son walk for the first time, or celebrate his first birthday. Thats what I lost, those memories every mum cherishes and tells their children years later.

Johans case triggered international uproar when the Associated Press reported his appearance in a US courtroom earlier this year.

I never thought they could be so cruel, said Johans father, Rolando Antonio Bueso Castillo, 37, who had sought entry to the US in search of a better life, determined that his children would not grow up in the same poverty that he had endured since dropping out of the fourth grade to sell burritos to help his single mother support him and his four siblings.

Rolandos younger brother had left the coffee-growing mountains of central Honduras for the US seven years ago and had thrived in Maryland with his wife and children.

His sister had followed and had also done well, the Associated Press reported. Their eldest brother was killed in a drive-by shooting in San Pedro Sula, one of Latin Americas most dangerous cities.

Rolando, who earned $10 a day as a bus driver, was well aware of the dangers of crossing Mexico. Scores of Central Americans have fallen to their deaths jumping on trains or have been murdered, kidnapped, robbed or raped on their way to the US.

He nevertheless paid a smuggler $6,000 out of the money his brother had sent to him and packed five onesies, three jackets, a blue-and-white baby blanket, lotion, cream, 50 nappies, two bottles and cans of formula for the clandestine trip.

The plan was for Montecinos, who was in her first trimester of pregnancy, to stay behind and sell baseball hats on her market stall with a view to her joining them a few months later.

Father and son made it as far as Tampico, Mexico, 300 miles from the Texas border, when the plan started to unravel. The smuggler drove them to a warehouse and told them to board a truck filled with scores of other parents and children from Honduras, Guatemala, El Salvador and Peru.

They spent three days locked in the truck, where buckets served as toilets. We were carried like meat, but we had no choice by then, Rolando said.

In the Mexican border city of Reynosa, they boarded a makeshift raft and floated across the Rio Grande to the US. They trudged through the Texas brush until a US Border Patrol agent spotted them and asked them where they were going.

Rolando said his response was simple: Were going to search for the American dream.

The pair were taken to a detention centre, where they were held in a cell cordoned off by a chainlink fence and where they slept on a mattress under a thin, reflective blanket.

Rolando said he had to ask for three days before he was allowed to bathe Johan. He was covered with dirt, he said.

He initially believed that at worst he and his son would be deported, but on the fifth day, immigration officers said they were taking him to an office for questioning and an agent removed Johan from his fathers arms. It would be the last time they would be together for five months.

Rolando, who has apparently attempted to enter the US four times, spent 22 days locked up in different detention centres along the Texas border, knowing nothing of what had happened to his son and with no money to call his wife to tell her about the situation.

Upon being deported he was told his son would follow in two weeks, but months passed. On Friday he would not say whether he would attempt another entry. They broke something in me over there, he said. This was never my sons fault. Why did he have to be punished?