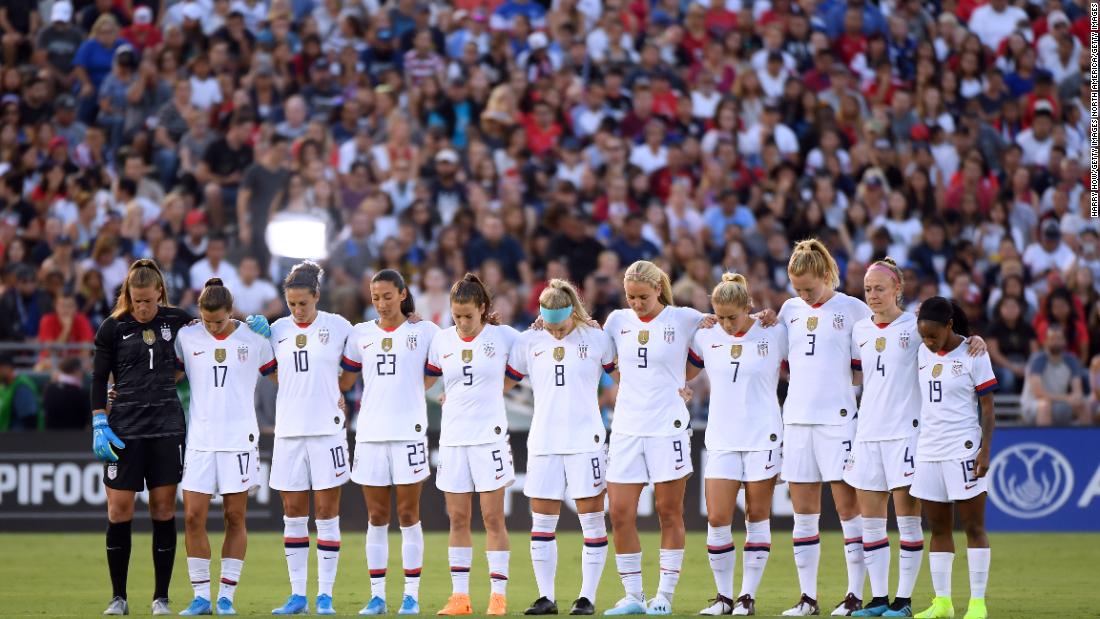 (CNN)Members of the US women’s soccer team scored one of their goals Friday when a federal judge allowed their gender discrimination lawsuit to proceed as a class action. 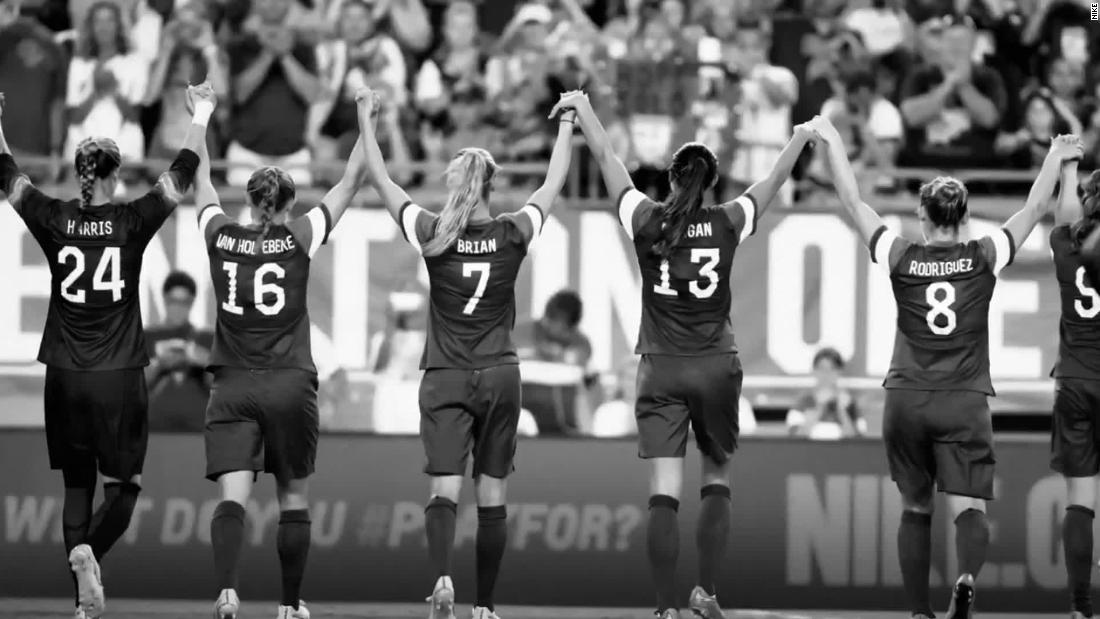 Watch the Nike ad starring the US women’s soccer team

Friday’s class certification decision allows for members of the USWNT to sue the federation collectively — including any player who reported for national team duty over a specific period of time cited in the lawsuit.
When contacted for reaction, a federation spokesperson said, “U.S. Soccer does not have any specific comment.”
The suit alleges US Soccer’s payment practices amount to federal discrimination by paying women less than men “for substantially equal work and by denying them at least equal playing, training, and travel conditions; equal promotion of their games; equal support and development for their games; and other terms and conditions of employment equal to the MNT.”
The women had met their burden to be treated as a class, the judge ruled.
Molly Levinson, spokeswoman for the players, called Friday’s decision an “historic step forward.”
“We are so pleased that the court has recognized USSF’s ongoing discrimination against women players — rejecting USSF’s tired arguments that women must work twice as hard and accept lesser working conditions to get paid the same as men,” she said.

In one hypothetical case cited in the lawsuit, if the women’s and men’s teams both won 20 straight games in a season, the women would make 38% what the men do. 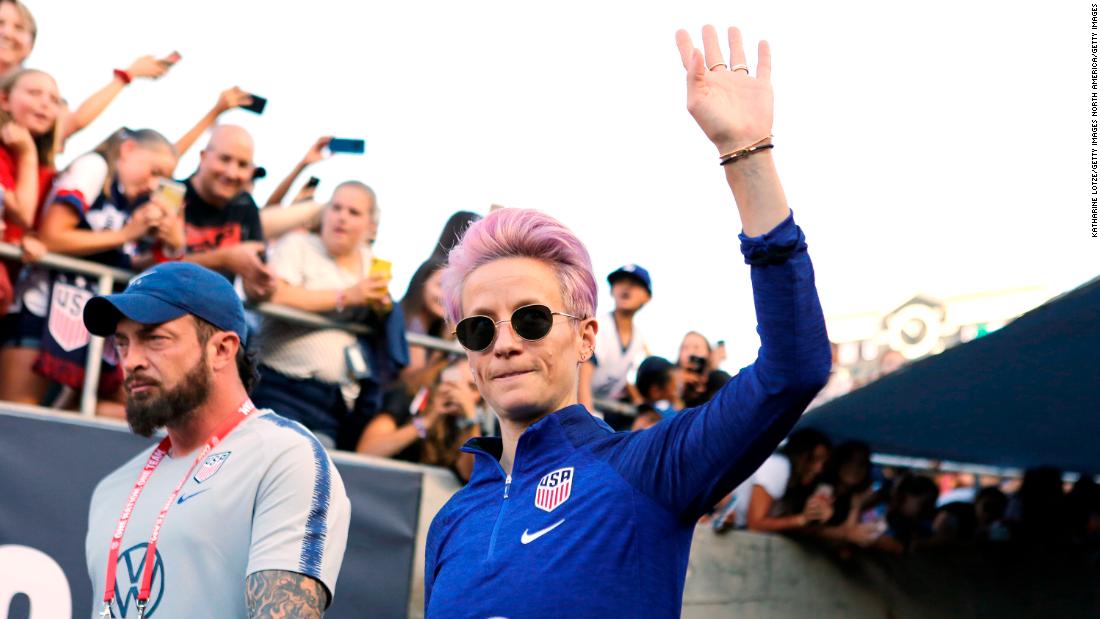 Earlier this year, US Soccer said the reigning Women’s World Cup champions earned more than the US Men’s National Team, with US Soccer President Carlos Cordeiro releasing an open letter on Twitter saying that from 2010 through 2018, the federation paid $34.1 million in salary and game bonuses to the women, compared with $26.4 million for the men.
Those figures did not include benefits, such as health care, that the women receive. The federation said US Soccer pays USWNT contracted players a salary to play in the National Women’s Soccer League, while the men are paid by their individual teams.
Follow @cnnsport
The women’s and men’s compensation structures are different because they were collectively bargained.
In a July written statement, Levinson called the figures misleading and “utterly false”
America’s women have been far more successful than their male counterparts, winning four World Cups — the most recent last July in France — and four Olympic gold medals.
The USMNT said its players, too, “were not impressed” by Cordeiro’s letter. “The women’s national team players deserve equal pay and are right to pursue a legal remedy from the courts or Congress,” the men’s team said. 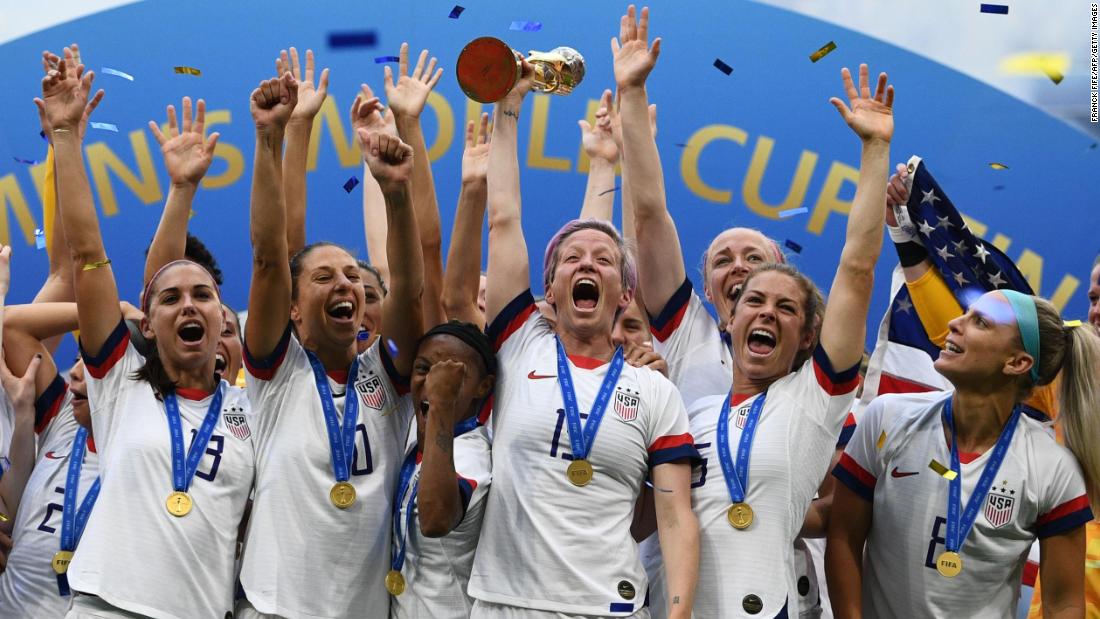 Sponsors have added to the pressure to resolve the equal pay fight, with deodorant brand Secret saying in July that it planned to contribute $529,000 to the USWNT players’ association.
Nike, US Soccer’s biggest partner, has also said it’s a strong advocate for pay equity. “Regarding gender equality, Nike has been an advocate for women and girls in the US and around the world,” a spokesperson said.
Minutes after the USWNT’s World Cup win on July 7, Nike ran a 60-second ad celebrating the team’s victory, centering on the concept that the USWNT’s win is about more than winning a soccer title. However, Nike has been criticized for reducing athletes’ pay during their pregnancies, a practice it said in May it would discontinue.
Visit CNN.com/Sport for more news, features and videos