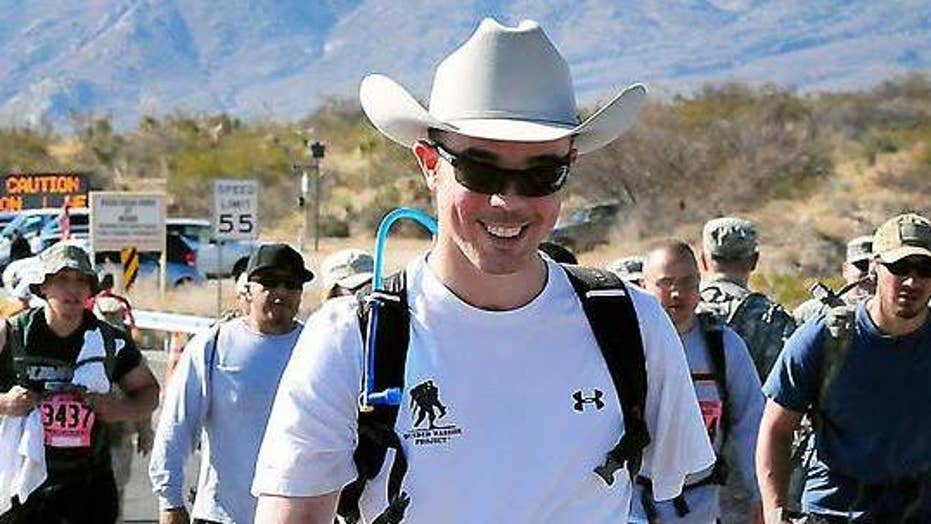 Lund, who was connected with Dr. Lee through his aunt, attends physical therapy for multiple hours a day. (Courtesy)

Then came the waiting game for Lund. He returned home and was active in the community, played soccer, and tried not to concentrate on if the call for a potential donor would come.

The call did eventually come in November when he was home watching basketball. He was told there was a 4:30 p.m. flight to Baltimore that he needed to be on in order for it to happen.

Once there, four different surgical teams, each dedicated to an arm, were involved in the transplant surgery, and the 14 hours of careful reconstruction that followed.

But he’s not out of the woods yet. Lund is constantly monitoring his arms for signs of rejection and is on a regimen of immunosuppressant medication.

“Any transplant recipient, whether it’s kidney, liver or arms, are at risk of some rejection,” Lee said. “When it comes to arms, we have the advantage of seeing the part, when it’s an organ, it’s not visible.”

Lee said signs of rejection could manifest as a rash, redness or swelling, which gives Lund the ability to flag the team. Lee said many times the symptoms can be treated with a topical cream or an adjustment to the immunosuppressant medication that reverses the rejection.

Lee, who works with the Department of Defense to treat soldiers with upper extremity loss, said he hopes procedures like Lund’s become more mainstream. Lund’s surgery is considered part of a research project which means the cost of the procedure and recovery was covered.

“People with such high level of amputation above-the-elbow really don’t have good options when it comes to prosthetics, and when you have double arm amputation it limits functionality even more,” he said. “We believe arm transplantation at a high level can help restore function, and we hope that it will be more well-known by everyone, and then something that the insurance companies will cover in the future.”