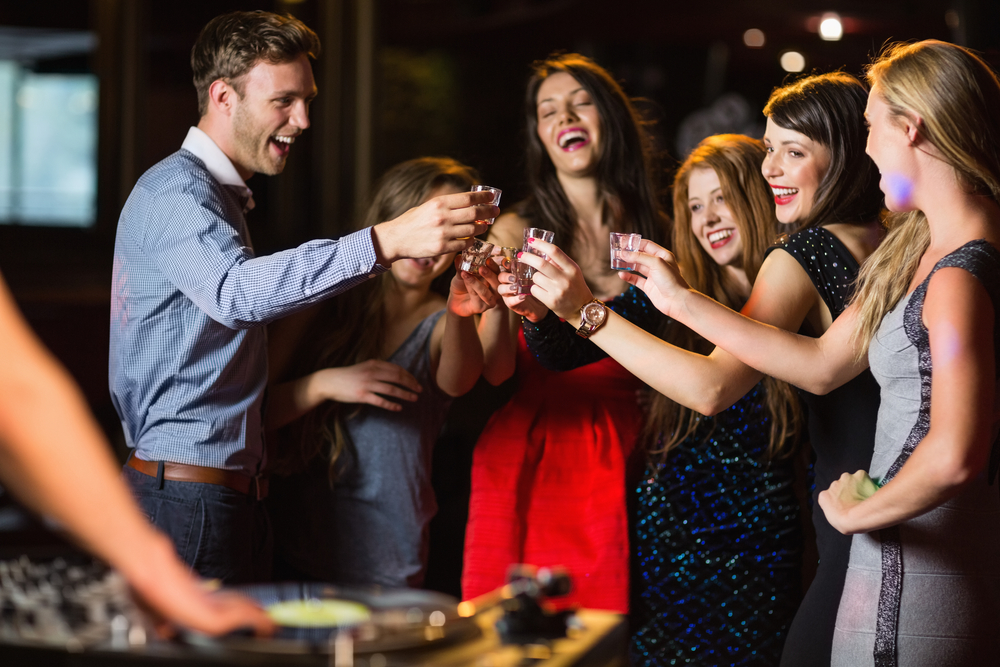 No matter how often we drink throughout the year, there’s nothing worse than a New Year’s hangover. Everyone knows NYE is literally an invitation to black out, forget about all the mistakes you’ve made in the past 365 days, and maybe hook up with one more rando before your resolutions come into the picture. It’s the last hurrah of the year, and if you don’t wake up with mascara on your pillowcase and a colossal headache, you probably didn’t do it right. Although the New Year’s day sunglasses and Advil combo is inevitable, we’re here to discuss what types of alcohol are the worst for your hangover, and which are *slightly* better for you. In order from the worst to the best options, here’s what you should (and shouldn’t) be drinking:

If you want to play it safe on NYE, avoid bubbles and sugar. Champagne might be a New Year’s staple, but the combination of its bubbly texture and its added sugar is a recipe for an awful hangover, and it’s honestly not worth it. Like, you could be having stronger drinks that won’t screw you over in the morning, so just stay away—and if you must, stick with the driest (i.e., with the least added sugar) bubbly you can find. Tropical drinks are also a no-go. Aside from the fact that the mix of sugar and alcohol makes your hangover so much worse, it’s also just weird to be drinking some 14-year-old’s drink on NYE when your friends are taking shots. Put down the Piña Colada. It’s embarrassing.

People think rum wouldn’t give them such bad hangovers, but that’s only if you stick with the clear stuff, and then only if you don’t mix it with sugary bullshit—and have you ever heard of a rum drink that didn’t sound like it belonged on a Carnival cruise to Havana (ooh na na)? And as for dark rum, just, no. In fact, people say you should avoid dark alcohols in general. Bourbon is in the same category, but like, unless you’re an 80-year-old man holding a cigar and a newspaper, we’re assuming you’re not drinking bourbon on New Year’s. Either way, avoid both of these drinks and you’ll be fine the next morning. I mean, not fine, but better.

Beer isn’t great for your hangover because of its bubbles and carbs. But then again it doesn’t have that much alcohol in it, so if you’re actually hungover after only drinking beer, you need to get out more. Unless you literally have your head over a keg stand the whole night (or weigh like 100 pounds), you’re going to have to put in some work to get sufficiently wasted. Beer is a safe bet on New Year’s just like white wine is a safe bet on Spring break. You’ll feel fine, but like, at what cost?

If you want to keep things simple, stick with the basics and you can’t go wrong. Any clear alcohol is going to be better for you in terms of a hangover. A lot of people say tequila makes you less hungover than vodka, but it probably depends on the person. We’re not saying that you won’t get hungover by pounding tequila shots all night, but if you’re avoiding syrups and other additives in your drinks, you’ll be better off in the morning. Stick with clear shots and chase with a lime or lemon slice. Nothing with sugar, because that obviously defeats the purpose.

If you’re out with friends for sushi before you go out for the night, sake is actually a solid option for getting tipsy without too many repercussions. Apparently sake doesn’t lower your body temperature like wine or beer, and the ions in the water actually give you energy instead of making you crash. It’s kind of like mixing your alcohol with a sports drink that revitalizes your body and gives you energy. It’s also a great addition to your spicy tuna roll, so just do it.