When a furniture showroom becomes a storm shelter 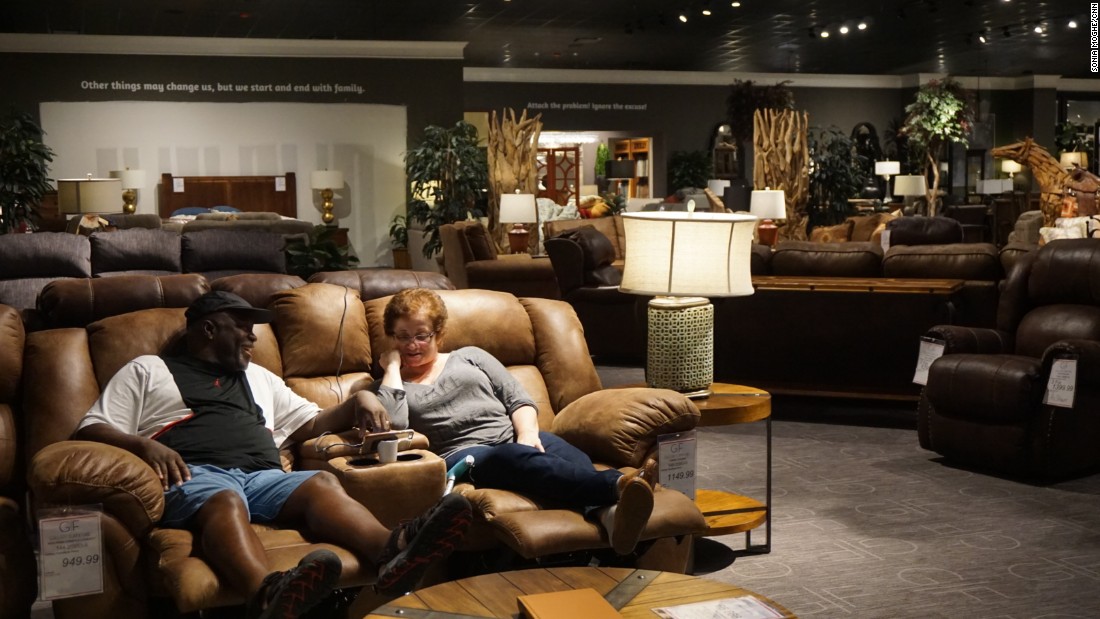 Richmond, Texas (CNN)David and Maria Parks sit for hours on a sofa, intently watching news footage of flooding in Houston. This couch is the only place they have left to go for now.

The Parks and about 300 other evacuees are taking refuge in the 160,000-square-foot showroom of the Gallery Furniture store just outside of Houston. The store’s entrance is filled with neatly folded towels, shoes, clothes and toys donated by locals.
Owner Jim “Mattress Mack” McIngvale is known throughout the Houston area not only for his zany commercials but his generosity.
He tells CNN that he and his team took delivery trucks “that can get through the high water really easily” out to make rescues.
“All day on Sunday we went around rescuing people out of high water stranded on overpasses. We brought about 200 people into the store that way,” McIngvale says.
The Gallery Furniture store’s Grand Parkway location is listed as an official shelter location.
The Parks came to the store early Tuesday morning after a boat driven by good Samaritans picked them up from their home. Friends posted messages to rescue them on social media. Hours later, they arrived in the store’s showroom. 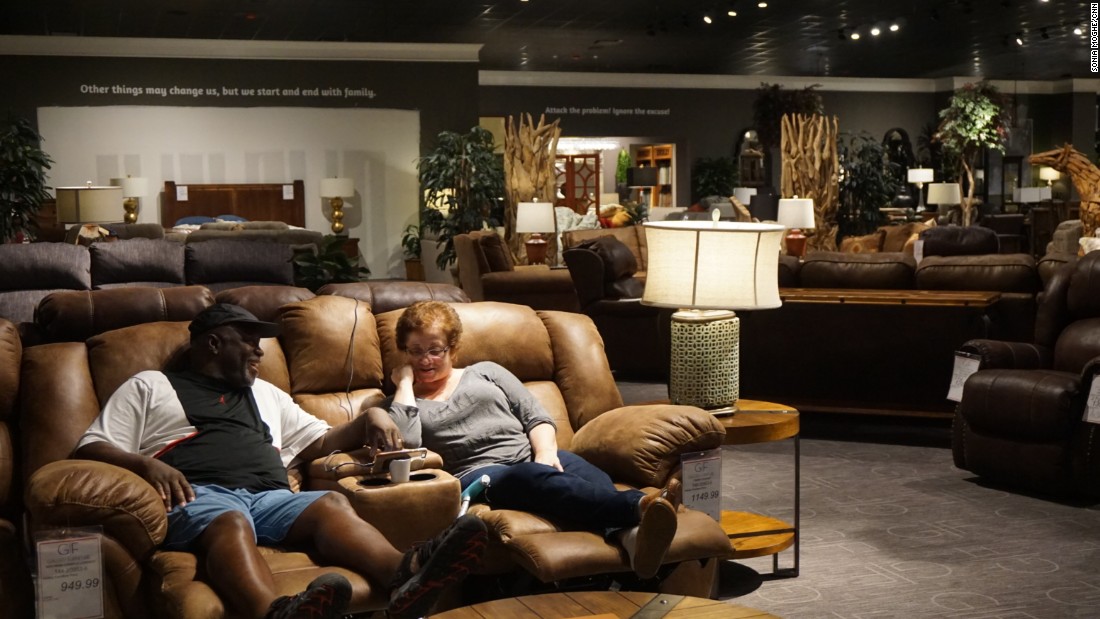 The water was coming to the door when the Parks left their home. Throughout the day and into Wednesday they watch a livestream of local news on their cell phone, hoping for an aerial shot of their neighborhood to see if their home flooded after all.
“We didn’t want to spend the night there, wondering what was gonna happen,” David Parks says.

The Parks and other evacuees have their pick of hundreds of brand new sofas to lounge on, and for as long as they want.
Christa Girtmann, 29, and Jacob Smith, 25, left their home in Rosenberg, Texas, as it flooded on Monday evening. By Tuesday afternoon they were curled up under the covers in a king-sized bed in the showroom. 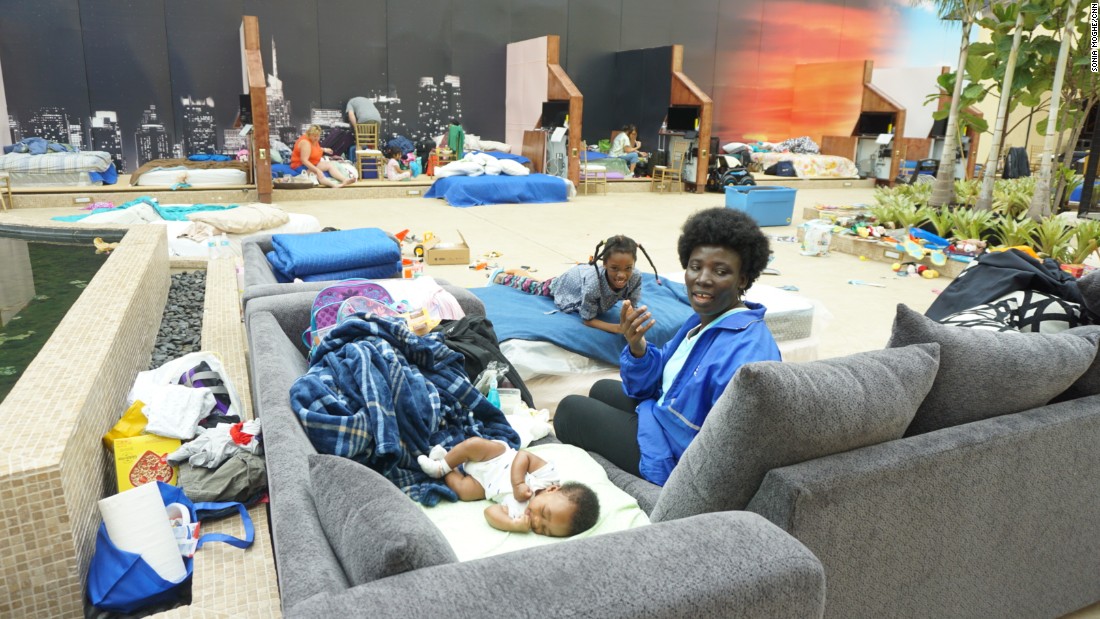 Not far away, Gladys Dasi, 39, watches her 2-month-old son on a sofa set next to her. Her daughter, Elsie, 8, plays on a mattress with other children. 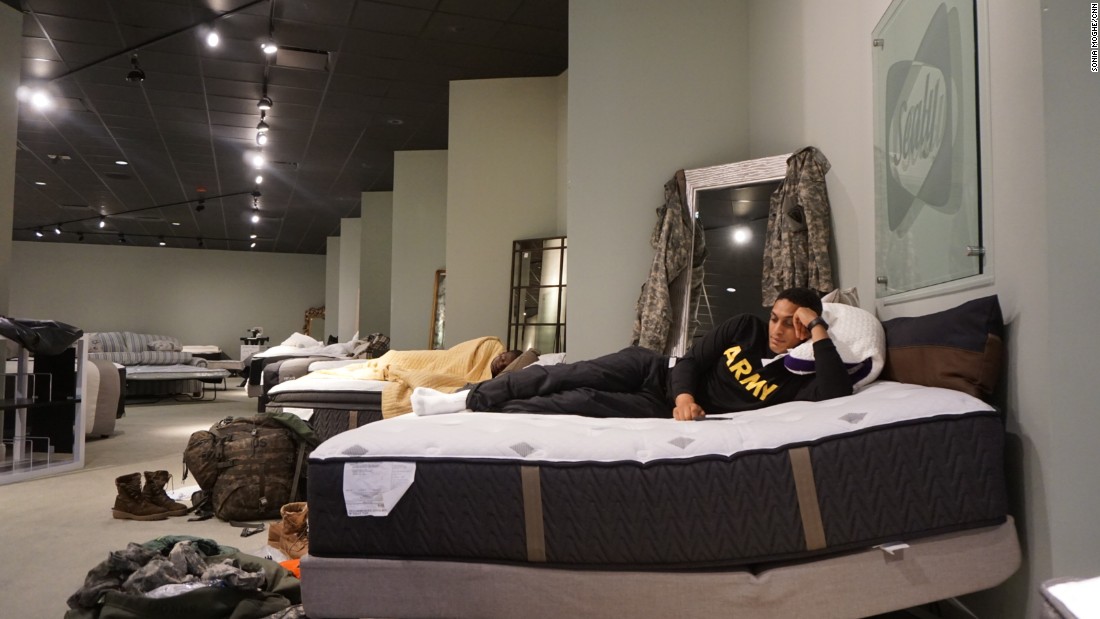 Sleeping soundly in the mattress room next to the evacuees are about 60 National Guard troops. They rest in between shifts of rescuing Houstonians from dangerous floodwaters.
“(The troops) are sleeping on the best Tempur-Pedic mattresses that are on the market,” store employee Dave Marchione says. “And I’ll tell you what — those are some happy soldiers.”

Magdalena Marez, 27, and her fiancé Zachary Gasser, moved into their apartment a few months ago. They went furniture shopping at a handful of Houston-area stores, but they’d never stepped foot into a Gallery Furniture store until early Tuesday morning. They wandered in, soaking wet, just after evacuating from their apartment. Floodwaters were ankle deep, and they struggled to make the drive.
When they arrived at the showroom volunteers handed them dry clothes, toothbrushes, soap, shoes — and a mattress still covered in plastic. Marez is moved by McIngvale’s generosity. 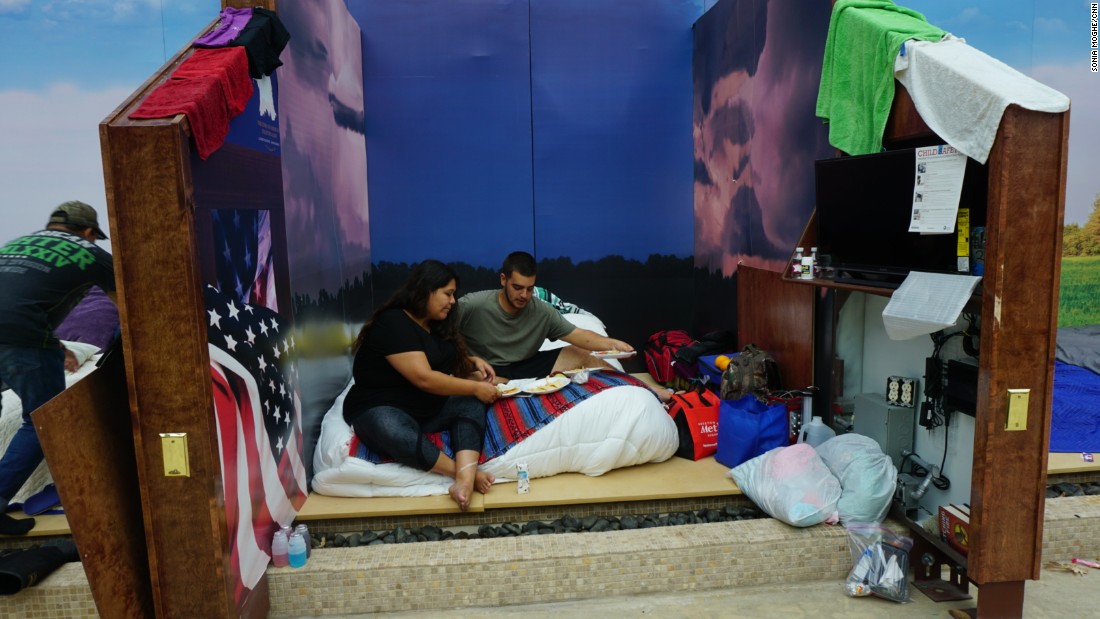 “We never stepped foot in (one of his stores) and now I’m just like, wow, I mean, they opened up the doors. Like nothing. He didn’t even second guess it,” she says. “He was just like, ‘Let me help you.'”
McIngvale is also paying for portable showers so evacuees can have their first hot shower in days.
Marchione, the employee, says his boss has opened the store to evacuees and is providing meals because it’s his way of giving back to a community that has brought him success over the past 36 years.
“This is Houston,” Marchione adds. “That’s how Houston rolls.”