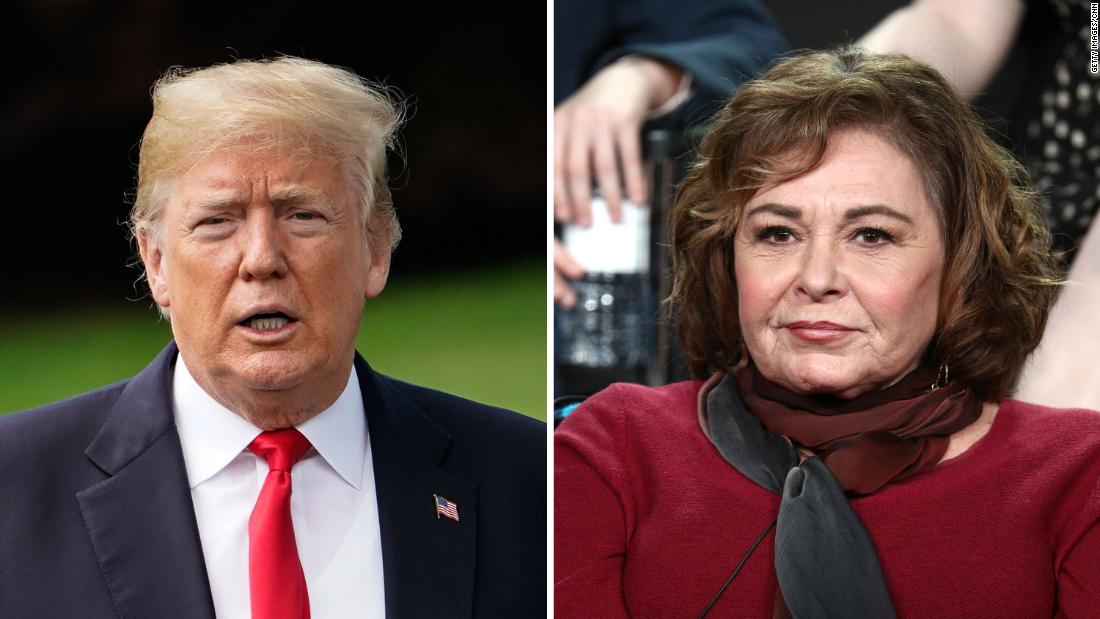 Washington (CNN)The White House insisted on Wednesday it was not defending Roseanne Barr for the racist tweet that ultimately led to her sitcom’s cancellation on ABC.

It was an expansive answer on a topic Sanders had said just a day before was not on Trump’s radar. It reflected the President’s deeply felt resentment at his portrayal in the media, and his long list of grievances at perceived slights over the past year.
“The President is pointing to the hypocrisy in the media saying the most horrible things about this President and nobody addresses it,” Sanders told reporters at Wednesday’s press briefing.
READ: Trump breaks silence on Roseanne Barr scandal
She was speaking after Trump wrote on Twitter that Bob Iger, the president of ABC’s parent company, Disney, had failed to express regret for the negative things people have said on air about him.
“Gee, he never called President Donald J. Trump to apologize for the HORRIBLE statements made and said about me on ABC,” Trump wrote, referring to himself in the third person. “Maybe I just didn’t get the call?”
Sanders expanded on that sentiment, reading from a list of examples meant to bolster Trump’s point, including ESPN host Jemele Hill calling Trump a white supremacist on Twitter, “The View” host Joy Behar likening Christianity to mental illness and ESPN anchor Keith Olbermann attacking Trump as a Nazi.
“This is a double standard that the President is speaking about,” Sanders said. “No one is defending her comments. They were inappropriate. But that was the point that he was making.”
She lamented the fact television networks didn’t air Trump’s remarks earlier in the day focused on a new “right to try” bill aimed at helping terminally ill patients access drug treatments that are yet to be fully approved by the Food and Drug Administration.
And, as on Tuesday, she insisted the President was focused on other matters, even as her answer on Barr stretched longer than her responses on North Korea or Puerto Rico.
“The President is simply calling out media bias,” Sanders said. “No one is defending what she said. The President is the President of all Americans and he’s focused on doing what is best for our country.”