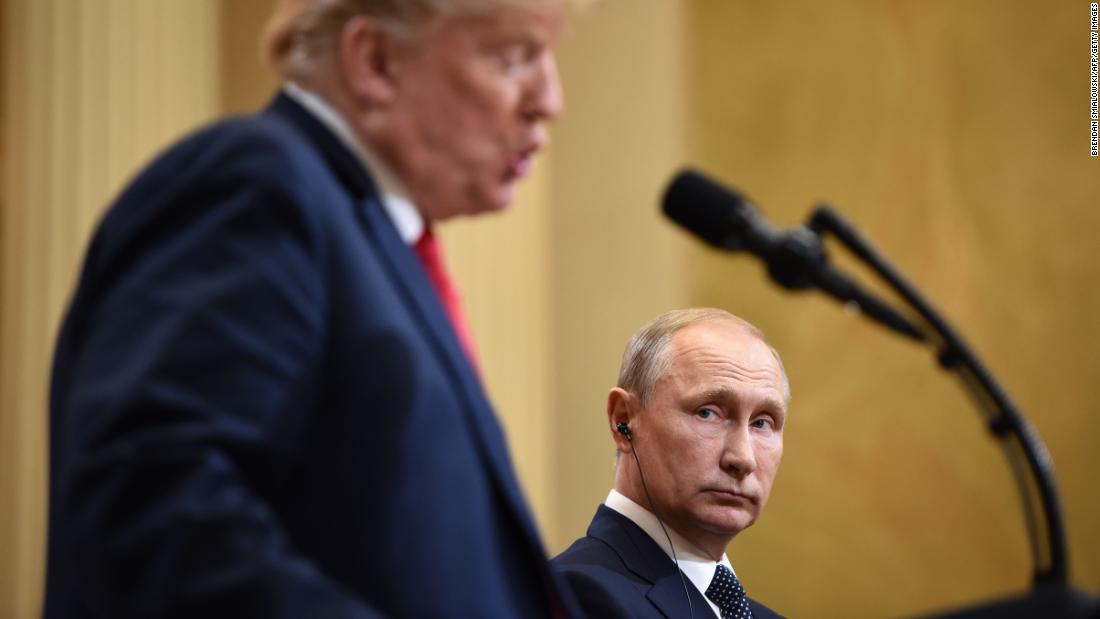 (CNN)President Donald Trump now disagrees with a proposal raised by his Russian counterpart to interrogate Americans in exchange for assistance in the FBI’s Russia probe, the White House said on Thursday, another reversal in a week of cleanup following a maligned summit with Vladimir Putin.

A day earlier, Sanders said the White House was entertaining the proposal raised by Putin in his summit talks with Trump on Monday. The Russian President suggested special counsel Robert Mueller’s investigators could come to Russia to question the two dozen Russians that have been charged with interfering in the 2016 presidential election. But in return, Putin said he would expect the US to allow Russian investigators to question people he called fugitives on American soil.
The Americans wanted for questioning by Moscow include Michael McFaul, the former US ambassador to Russia, and American-born financier Bill Browder, who successfully lobbied the US government to impose new sanctions on Moscow.
Standing alongside Putin on Monday, Trump deemed the suggestion an “incredible offer,” but did not say he’d agreed to it.
Sanders also indicated on Wednesday that no final decision had been made, but that the proposal was under consideration.
“The President’s going to meet with his team and we’ll let you know when we have an announcement on that,” she said.
That response drew outcry from diplomats and lawmakers. It also reflected a rift between the White House and State Department, whose spokeswoman called the proposal “absurd” in a briefing on Wednesday.
In her statement on Thursday, Sanders maintained hope Moscow would produce the Russians under indictment in the US.
“Hopefully President Putin will have the 12 identified Russians come to the United States to prove their innocence or guilt,” she wrote.
The flip was the third forced clarification following Trump’s talks with Putin. On Tuesday, Trump declared he misspoke when he cast doubt on US intelligence assessments that Russia interfered in the US election. And on Wednesday, Sanders told reporters that Trump’s “no” in response to a query about Russia’s continued attempts to meddle was in fact a declaration that he wouldn’t answer the question.
When Trump discussed the idea during his news conference on Monday, he offered no indication of disagreement.
“He has an interesting idea,” Trump said, adding later: “I think that’s an incredible offer.”
Browder grew up in Chicago but gave up his citizenship nearly 20 years ago and is now a British citizen. His Russian associates uncovered a massive tax fraud scheme in Russia that was prosecuted in US courts. But Putin has accused Browder of perpetrating the fraud, which Browder denies. Nonetheless, Browder was tried in absentia and sentenced to prison in Russia, making him a fugitive of Russian law enforcement.
Russian media has said McFaul was named as a “person of interest” in the ongoing investigation into Browder and related matters. McFaul was US ambassador to Russia when President Barack Obama signed the Magnitsky Act into law, imposing harsh sanctions that Browder and McFaul supported.