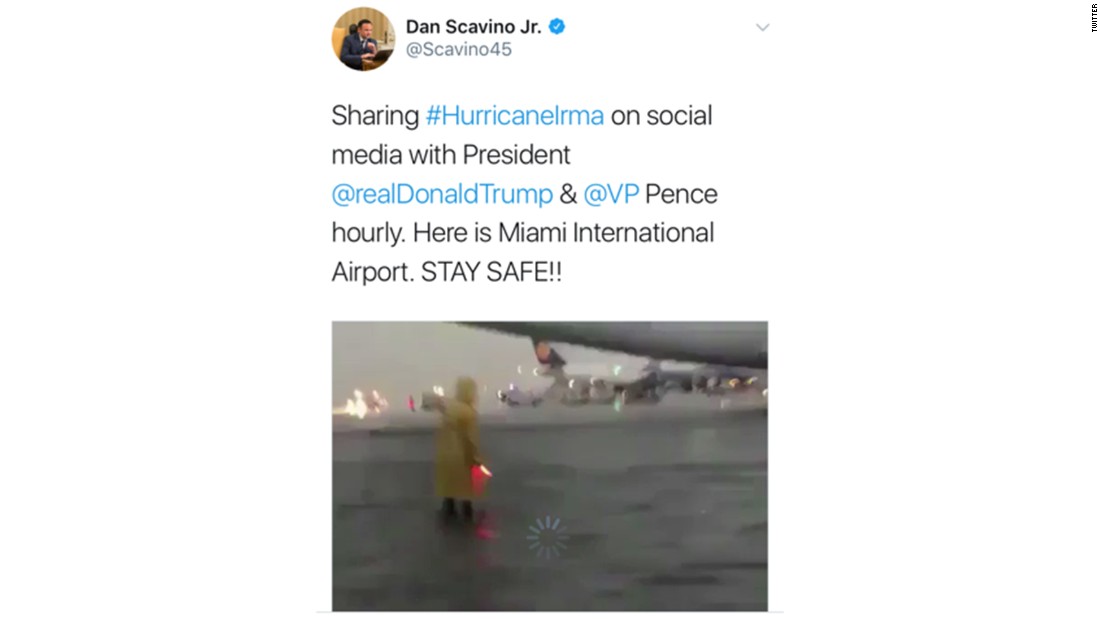 Washington (CNN)As Hurricane Irma began pelting southern Florida with roaring winds and heavy rains on Sunday, White House social media director Dan Scavino tweeted a video of what he said was a waterlogged Miami International Airport, only to be corrected by the airport itself.

Scavino then deleted the erroneous post, one of many ostensible Hurricane Irma tweets that he said he was sharing with President Donald Trump and Vice President Mike Pence.
“Sharing #HurricaneIrma on social media with President @realDonaldTrump & @VP Pence hourly. Here is Miami International Airport. STAY SAFE!!” Scavino wrote, adding a video of an airport covered in water. 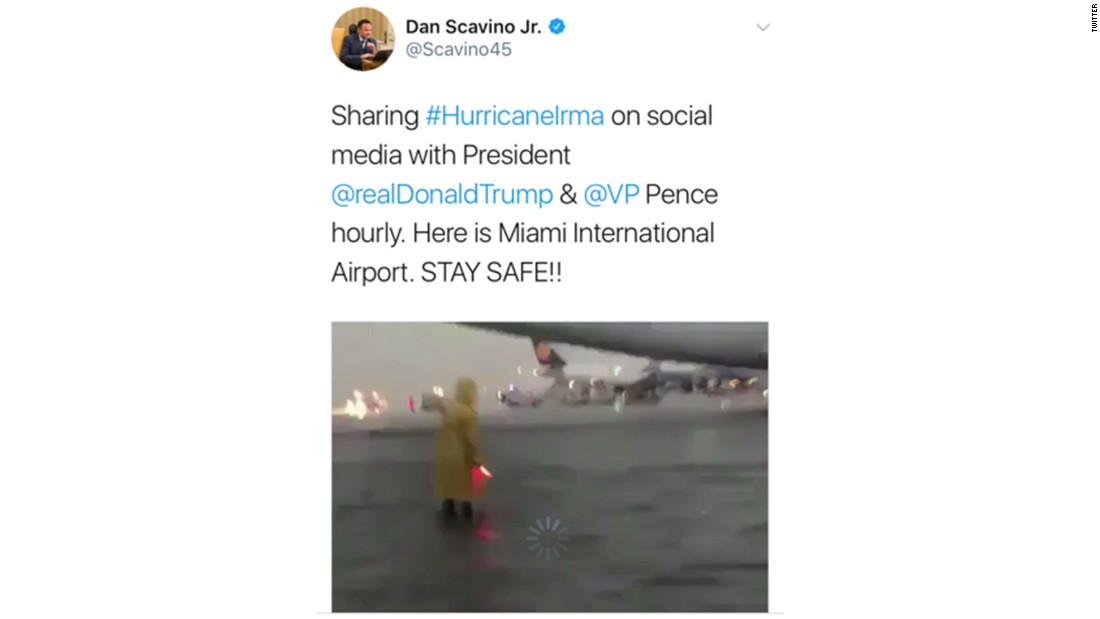 Miami International Airport responded to the tweet: “This video is not from Miami International Airport.”
Scavino, in turn, acknowledged the mistake and replied to the airport after deleting the tweet.
“@iflymia @realDonaldTrump @VP Thank you. It was among 100s of videos/pics I am receiving re: Irma from public. In trying to notify all, I shared – have deleted. Be safe!” Scavino wrote.
“Thanks, Dan,” the airport said.
A message left with the White House seeking comment Sunday afternoon was not immediately returned.
Scavino, a former golf caddie for Trump turned campaign aide and pugnacious White House social media chief, is frequently seen at the President’s side and on his Twitter feed.